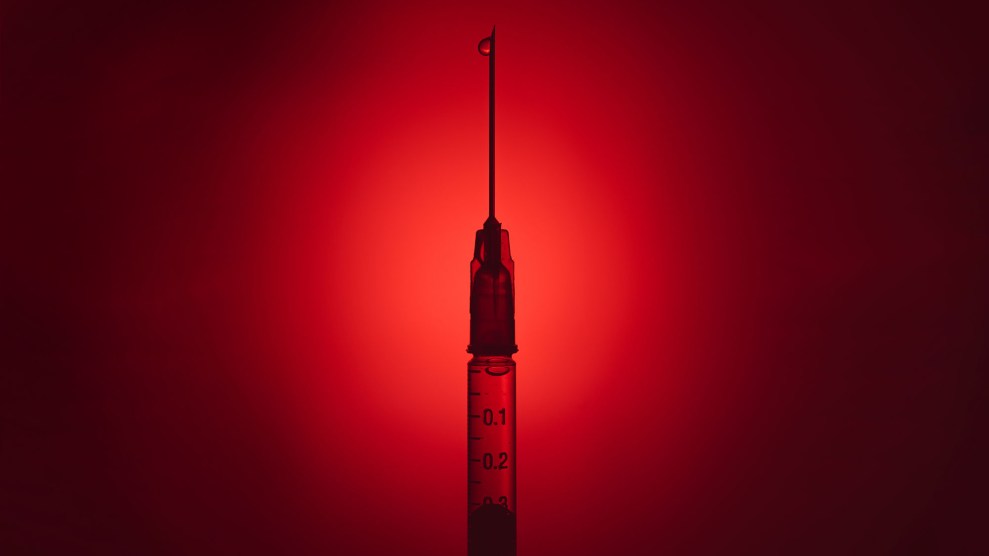 In early August 2013, Baton Rouge, Louisiana, police arrested Jarret McCasland, then 24, ostensibly for a minor traffic violation. But at the station, they began questioning him about the death of his girlfriend, Flavia Cardenas. “Why are you treating me like this?” he asked. McCasland told the cops he didn’t know Cardenas, age 19, was dead. He’d been unable to reach her and had assumed she was back with her ex.

In fact, she had been found dead by her mother two weeks earlier. Toxicology reports indicated a heroin overdose. McCasland was charged with murder, on the grounds that he had supplied the heroin and injected it into Cardenas.

At least 20 states and the federal government have laws allowing such prosecutions, many of which were enacted during the crack cocaine era of the 1980s. But amid the opioid epidemic, prosecutors are applying them aggressively, and nine more states—including New York, Ohio, and Maryland—considered such laws in 2017.

In Louisiana, where overdose deaths outnumber homicides, the mandatory minimum sentence for heroin distribution has been doubled from 5 to 10 years, with up to 99 years for repeat offenders. Prosecutors are increasingly using a 1987 law to charge people who provide or dispense the drugs in fatal overdoses with second-­degree murder, triggering an automatic life­without-parole sentence, without regard to intent. Though it’s hard to track how often the law is used, data from the Drug Policy Alliance suggests prosecutions have skyrocketed over the last five years.

Though the judge said the mandatory sentence he imposed “bothers me tremendously,” he refused to reduce it.

During his trial, McCasland adamantly denied giving Cardenas the drug. He said Cardenas had bought heroin on credit, and that he’d watched her inject it before he left her house around 2 a.m. But a friend testified that McCasland had injected Cardenas, and the prosecutor presented evidence that portrayed McCasland as the instigator. He was convicted and sent to the Louisiana State Penitentiary in Angola. Though the judge said the mandatory sentence he imposed “bothers me tremendously,” he refused to reduce it.

Baton Rouge’s prosecutors have charged at least two other people with similar crimes, but grand juries did not indict them for second-degree murder. In one case, a man and his girlfriend overdosed in their car—she died; he was revived. In another, a man admitted to purchasing heroin and injecting it into his friend. Both men pleaded guilty to lesser charges and received sentences of about five years behind bars.

Stephen Singer, an attorney at the Louisiana Capital Assistance Center who spent years defending a woman charged with murder in the overdose death of her friend, considers such cases essentially useless. “This is not what the Legislature had in mind when passing this statute,” he told me in an email. “I think they meant to go after real dealers, not end users sharing.”

McCasland’s parents are certain the jury convicted their son because prosecutors insinuated he sold drugs. According to the family, after the trial was over, one of the jurors muttered on his way out the door, “At least we got one dealer off the street.”