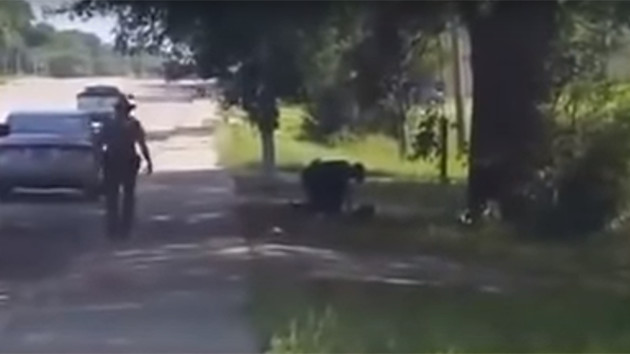 On Wednesday, nearly five months after Sandra Bland was found dead in a jail cell in Waller County, Texas, a grand jury has charged the state trooper who initially arrested the 28-year-old black woman with perjury.

Trooper Brian Encinia pulled over Bland in Prairie View on July 20, citing an improper lane change. Dash cam footage later released by county officials showed that the encounter quickly escalated after Encinia ordered Bland out of her car. In the video, Encinia can be heard saying, “I’m going to drag you out of here,” as he reached into Bland’s vehicle. He then pulled out what appeared to be a Taser, yelling, “I will light you up!” Encinia eventually forced Bland to the ground as she protested the arrest. Encinia arrested Bland for “assault on a public servant” and booked her into the Waller County jail, where she was found dead three days later.

The video raised questions about how a woman who was on her way to start a new job wound up dying in custody. An autopsy determined that Bland died of “suicide by hanging,” but Bland’s family countered that suicide seemed “unfathomable” and asked the US Department of Justice to investigate the incident. County officials said Bland had asked to use the phone about an hour before she was found hanging in her cell. Bland’s family said they had been trying to help her post bail.

Encinia’s class A misdemeanor perjury charge, punishable by up to a year in jail and a $4,000 fine, relates to a statement he made in the incident report following Bland’s arrest. It comes a few weeks after the Waller County grand jury concluded that no felony had been committed in Bland’s death by the county sheriff or jail staff.