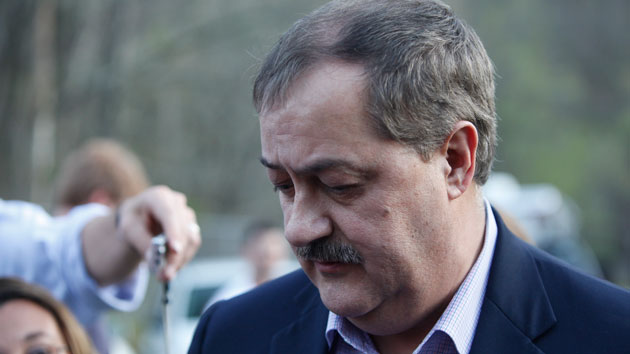 Don Blankenship, the former CEO of coal giant Massey Energy, was found guilty of conspiring to commit mine safety violations on Thursday in federal court in Charleston, West Virginia. However, Blankenship was found not guilty of making false statements to federal regulators in the aftermath of the 2010 explosion at a Massey-owned mine in West Virginia. Blankenship faces up to one year in prison on the conspiracy charge, a misdemeanor, and his attorney Bill Taylor told reporters he will appeal.

The irony of the Blankenship trial was that while the Upper Big Branch disaster—the deadliest in an American mine in 40 years—seemed to hover in the background of the prosecutors’ arguments, it was his paperwork after the accident, not his mine’s safety record before it, that posed the biggest threat to his freedom. As I reported in October:

What threatens to put the 65-year-old away for decades are two allegedly false statements Massey submitted in a filing with the Securities and Exchange Commission: “We do not condone any violation of MSHA regulations,” and “we strive to be in compliance with all regulations at all times,” Blankenship informed investors, even as his company was allegedly outflanking the regulatory system. It’s the mining equivalent of busting Al Capone for tax evasion.

“I have all the respect in hell that at least somebody was able to say, ‘Wait a minute, that isn’t right,'” says Bruce Stanley, who represented Caperton in his suit against Massey. “But he’s up for what, a possible 30-year sentence? Well, there’s only one count that puts that kind of mileage on it. That’s the one that says he lied to Wall Street. When it comes to human lives, he gets maybe a year.”