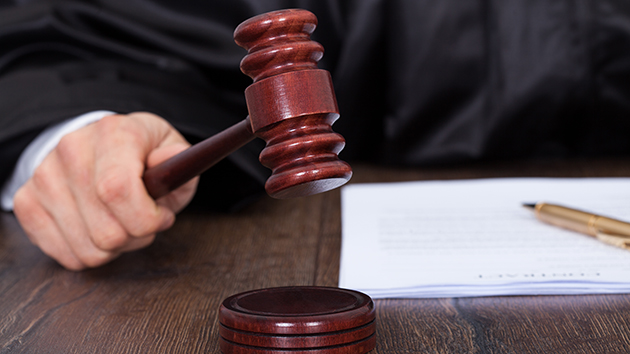 Kansas Republicans believe they have created a law that their own high court cannot review.

In the latest twist of the topsy-turvy constitutional showdown between the GOP-controlled state legislature and the state Supreme Court, the Kansas attorney general has asked the entire Kansas Supreme Court to recuse itself from hearing a key case.

The power struggle between Kansas Republicans and the state’s highest court goes back to a years-long battle over education funding. The state Supreme Court has repeatedly ordered the legislature to spend more money on public education, a request that conflicts with Republicans’ desire to cut taxes. In 2014, the legislature passed a bill stripping the Supreme Court of the administrative authority to appoint chief judges in Kansas’ 31 judicial districts, a move Democrats saw as a power play by the legislature to intimidate the top court during the ongoing fight over school spending. Chief District Court Judge Larry Solomon challenged the constitutionality of the judicial administration law, arguing that it violates the state’s separation of powers.

But the legislature doubled down. Earlier this year, it passed a judicial budget that would cut off funding for the entire Kansas court system if the courts struck down the judicial administration bill—a situation that would seize critical state functions such as criminal prosecutions, civil disputes, real estate sales, and adoptions. That led to the bizarre moment in September when a district court ruled the administrative bill unconstitutional, putting all the funding for the state courts in sudden jeopardy. The situation threatened to devolve into a judicial catch-22, in which no court could rule on the legality of the laws because those laws had defunded them. To avoid that situation, the judge put a hold on his ruling invalidating the law until the state Supreme Court could hear the case—except that the state of Kansas is now arguing that the Supreme Court shouldn’t have its say.

Rather than let the case proceed to the Supreme Court, Attorney General Derek Schmidt argued in a brief last week that the justices should not hear the case because the law involves the court’s authority. Schmidt’s brief also notes that the chief justice of the Supreme Court criticized the law when it passed, betraying his bias against the law.

Under Kansas law, Supreme Court justices can appoint district court judges to sit in their place when they recuse themselves. But Schmidt argues that a district court judge shouldn’t be involved either because the law involves appointing chief judges at the district court level. Instead, Schmidt proposes that judges on the Kansas Court of Appeals—just below the level of the Supreme Court and above the district courts—review the case. (Perhaps not coincidentally, in 2013, the Republican-controlled legislature changed the selection process for appeals court judges. Before then, a commission nominated potential judges for the governor to choose from; now the judges are appointed directly by the governor, currently Republican Sam Brownback. The judges most sympathetic to the Republican legislature may be those at the appeals court level.)

Lawyers fighting the judicial administration bill believe the recusal request is frivolous. As they wrote in a brief this week, “centuries of precedent make clear that it is the province and duty of this Court to decide cases that involve the scope of the Court’s authority, jurisdiction, and duties vis-à-vis the other branches of government.” In a response filed Thursday, the state held firm that the highest court should not hear the case.