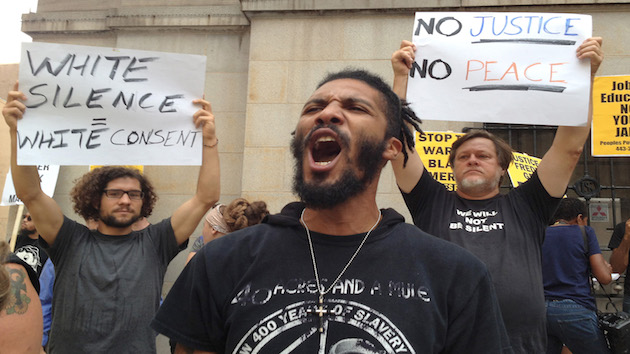 Hearings in the case against six Baltimore police officers charged in the death of Freddie Gray began this morning against an all-too-familiar backdrop of police confrontations with protesters.

The first pretrial hearing of the case, involving six officers charged in Gray’s death in police custody, opened with victories for the prosecution, as a judge denied motions to dismiss the case and to recuse the state’s attorney. Outside the courthouse, protesters clashed with police. People on the scene described police grabbing women, harassing members of the press, and restricting sidewalk access to the courthouse. Netta Elzie, a prominent black activist, also tweeted an account of Kwame Rose, another black activist and Baltimore resident, being hit by a police car and promptly arrested.

Inside the court, Circuit Court Judge Barry Williams denied motions to recuse State’s Attorney Marilyn Mosby from the case and to dismiss charges because of alleged prosecutorial misconduct on behalf of Mosby. Defense attorneys for the six officers, who face charges ranging from involuntary manslaughter to second-degree assault, argued that Mosby should recuse herself, citing her relationship to the Gray family’s attorney and her husband’s position as a city councilman as reasons for a conflict of interest.

This story will be updated as it develops.