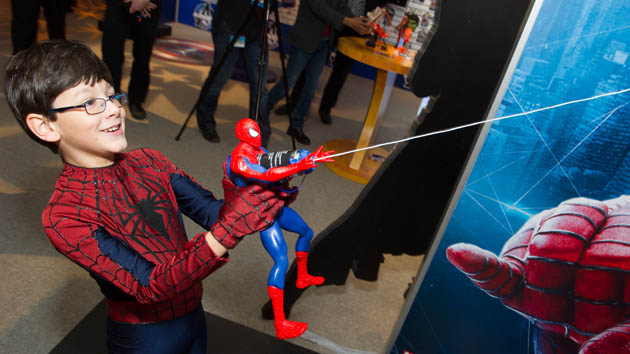 On Monday morning, the Supreme Court didn’t issue any of the highly anticipated rulings on the remaining marquee cases of the session (including the cases on same-sex marriage and Obamacare). But the first opinion issued by the court this morning carried an eye-catching name: Kimble v. Marvel Entertainment, a.k.a. the Spider-Man case.

The case revolved around the narrow—and let’s be honest, snooze-inducing—question of patent licensing fees. But the majority opinion written by Justice Elena Kagan is full of delightful zingers.

Here’s how Kagan describes the toy at the center of the case:

In 1990, petitioner Stephen Kimble obtained a patent on a toy that allows children (and young-at-heart adults) to role-play as “a spider person” by shooting webs—really, pressurized foam string—”from the palm of [the] hand.”

The problem was that Marvel never set an expiration date for when the royalties Kimble was owed would expire, with Kimble wishing to still collect after the patent had run out. “The parties set no end date for royalties, apparently contemplating that they would continue for as long as kids want to imitate Spider-Man (by doing whatever a spider can),” Kagan wrote, referencing the Spider-Man theme song. That contradicted prior case law, and a lower court ruled that Kimble was no longer owed royalties. The Supreme Court agreed because, as Kagan writes, “patents endow their holders with certain superpowers, but only for a limited time.”

In the end, Kagan wrote, the court had to stand by prior precedent. “[I]n this world, with great power there must also come—great responsibility,” she wrote, letting Uncle Ben’s famous words from Amazing Fantasy No. 15 close out her verdict.