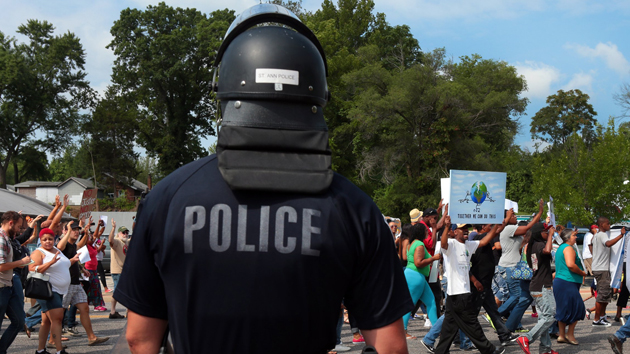 On Monday, the White House announced a plan to set new restrictions on local police departments from obtaining military-style equipment from the federal government. The limitation on military gear is part of an ongoing effort to rebuild trust between community members and law enforcement officials following the unrest seen in Ferguson, Missouri, particularly the police response to protesters there.

The announcement is in response to a report put forth by a task force created by the president in December to address broken police relations, especially in minority communities, across the country. Banned items include wheeled-armored vehicles, battering rams, grenade launchers, and more.

“We are, without a doubt, sitting at a defining moment in American policing,” Ronald Davis, head of the Department of Justice’s Office of Community Oriented Policing Services, told reporters on Monday. “We have a unique opportunity to redefine policing in our democracy, to ensure that public safety becomes more than the absence of crime, but it must also include a presence for justice.”

For a deeper look into how local police departments became so militarized, check out our in-depth report, “The Making of the Warrior Cop,” here.