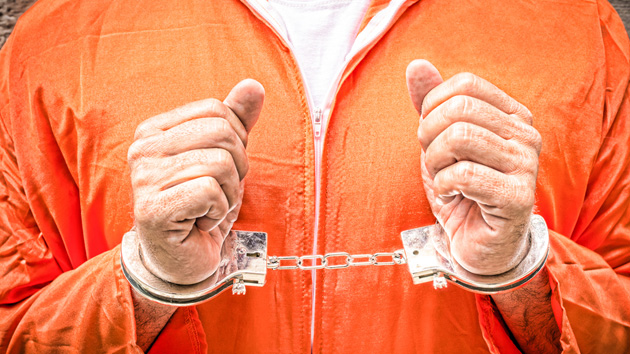 America once again ranks among the top five nations in the world—in executions. Sigh. That’s according to a new report from Amnesty International, which also notes that more and more nations have been opting not to kill their convicts.

Amnesty tallies at least 607 known executions in 22 countries in 2014. The good news? That’s a 22 percent decline from 2013. Here at home, states dispatched 35 American citizens last year, a 20-year low—and four less than in 2013. But there’s no accounting for China, which executes more people than all other countries combined but treats the data as a state secret. (Amnesty made its count by looking at a range of sources, including official figures, reports from civil society groups, media accounts, and information from death row convicts and their families.)

Amnesty also reports a drop in the number of countries that carried out executions, from 42 in 1995 to 22 last year, although many more still have the death penalty on the books. The United States is the last country in the Americas that still puts people to death, but US citizens appear to be increasingly opposed to the practice. Only seven states executed convicts in 2014, compared with nine states a year earlier. The overwhelming majority of those executions—nearly 90 percent—took place in four states: Texas, Missouri, Florida and Oklahoma. (Georgia had two, and Arizona and Ohio had one execution each.)

Eighteen states have abolished the death penalty, but among those that have not, Colorado, Kansas, Nebraska, New Hampshire, Oregon, Pennsylvania, and Wyoming haven’t put anyone to death in at least a decade, Amnesty noted. Oregon and Washington have moratoriums on executions, and federal authorities have not put anyone to death since 2003.

The bad news is, from 2013 to 2014, the number of death sentences jumped nearly 30 percent globally, to at least 2,466. Amnesty points in part to Nigeria, which imposed 659 death sentences last year as military courts punished numerous soldiers for mutiny and other offenses amid armed conflict with Boko Haram militants. Egypt was also to blame for the increase, Amnesty said, as Egyptian courts handed down death sentences against 210 Muslim Brotherhood supporters in April and June.

In all, 55 countries sentenced people to death last year. Here, according to Amnesty, are the most notable: