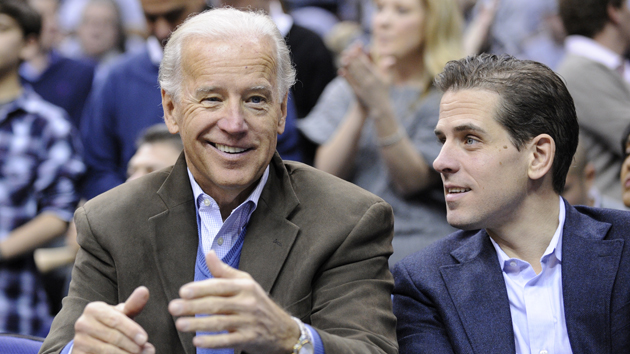 So the son of our Vice President was booted from the military for doing coke. This must be an awkward situation for Joe Biden, given his role in cracking down on drug use over the last few decades. Joe Biden created the position of “drug czar,” a key step in the drug war. As the Chairman of the Senate Judiciary Committee in 1986, he played a major role in passing mandatory minimum sentencing guidelines. He was the main sponsor of the RAVE Act in 2003, meant to crack down on MDMA use, which would have held club owners liable for providing “paraphernalia” like glowsticks and water. He still vocally opposes marijuana legalization.

To be clear: Hunter Biden wasn’t caught with actual cocaine. He just failed a drug test. But what if he’d happened to be found with a little bag in his pocket? Would Joe Biden would find it fair for him to serve 87 months, which is the average federal sentence for drug possession?

Of course, were Hunter Biden to be caught with powder cocaine, he would likely fare better than someone caught with crack. To his credit, Joe Biden himself has pushed for reducing the longstanding sentencing disparity between crack and regular cocaine, but possession of 28 grams of crack still triggers a five-year minimum sentence. It takes 500 grams of regular cocaine to trigger the same sentence. That’s an 18-to-one difference. (African Americans make up 83 percent of people convicted for crack offenses, even though the number of white crack users is 40 percent greater than that of black users, according to a National Institute on Drug Abuse study).

America has more prisoners than any other country—a quarter of all people behind bars in the entire world are in US prisons or jails. Nearly half of all federal prisoners are serving sentences for drugs. Many of them won’t have a chance to “regret” their mistakes and move on, as Hunter Biden has said he will.