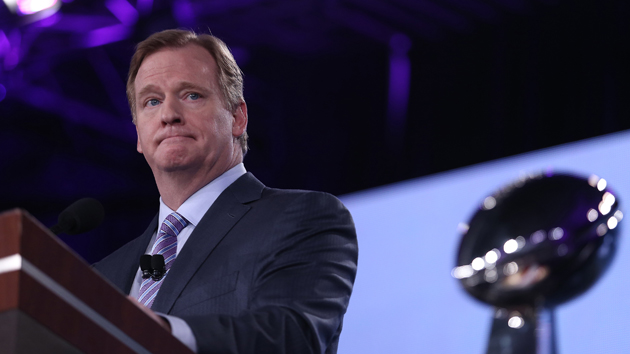 The National Football League has drastically toughened its punishments for domestic violence after weeks of uproar over its weak response to the case of Baltimore Ravens running back Ray Rice. Rice received a two-game suspension after allegedly assaulting his fiancée, while players who tested positive for marijuana—some in states where weed is legal—were handed four-game and even season-long suspensions.

In a letter to NFL owners Thursday, commissioner Robert Goodell wrote that the league had fallen short in “a recent incident of domestic violence” and announced that a first-time domestic-violence offender would now receive a six-game suspension. Repeat offenders, he wrote, would face indefinite bans, with the possibility to apply for reinstatement after a year.

To be clear, there’s no epidemic of domestic violence among NFL players; this graph from FiveThirtyEight shows that NFL players are generally less likely to be arrested than the rest of 25-to-29-year-old American men*:

Rather, this smells a lot like a PR-related move from the league, which has seen its reputation suffer in the wake of Rice’s light penalty. After all, it’s not like the NFL jumped to punish any of the following four players, all of whom were involved in domestic incidents during Goodell’s tenure as commissioner:

Ultimately, the NFL is deeply invested in maintaining a clean, family-friendly image, and Goodell is clearly responding to claims that the league takes smoking pot more seriously than it does violence against women. While it’s good that future domestic-violence offenders will receive more appropriate punishment, the timing of his letter—just a day after a vocal outcry about Rice’s punishment—makes it seem like the move of an embarrassed league looking to crack down on players who embarrass it.

Goodell is burnishing his reputation as an authoritarian who’s concerned with appearances, rather than a commissioner who leverages the league’s reach and resources to actually address issues like domestic violence.

*Note: As commenter Bumpasaurus pointed out, the data from the FiveThirtyEight chart is “adjusted for poverty status.” NFL players are wealthy, and compared to other, wealthy individuals in the same age group, “the domestic violence arrest rate is downright extraordinary.”