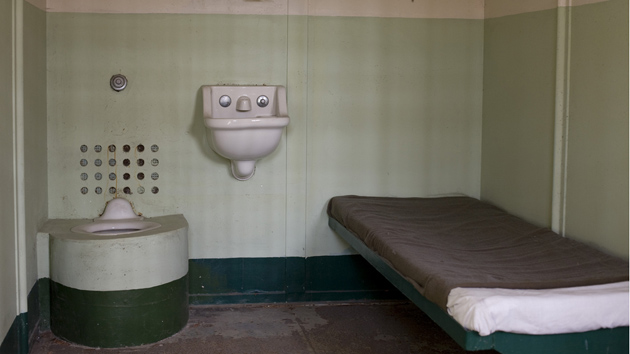 Minors, pregnant women, and the developmentally disabled can no longer be placed in solitary confinement in New York State prisons (barring exceptional circumstances) thanks to an agreement between the New York Civil Liberties Union (NYCLU) and the New York State Department of Community Corrections (DOCCS) on February 19. The agreement will require the state to develop sentencing guidelines and maximum isolation sentences for the first time, and will make it the largest US prison system to ban the use of disciplinary solitary confinement for minors.

The agreement came just days before Sen. Dick Durbin (D-Ill.) called for the end of the use of solitary for certain vulnerable individuals at a high-profile congressional hearing on Tuesday. The hearing featured testimony from activists, corrections officials, and former inmates, including Orange is the New Black author Piper Kerman, who stated: “Solitary confinement impedes access to important pre-natal and women’s health care services. In fact, pregnant women in solitary confinement often receive no medical care. And yet, pregnant prisoners in America are still sent to the SHU [Special Housing Unit].”

These measures seem to echo a growing uneasiness with the use of solitary, especially for nonviolent inmates. The New York State agreement emerged from a class-action lawsuit, Peoples v. Fischer, brought by the NYCLU to challenge “the constitutionality of New York State’s practice of arbitrarily sentencing tens of thousands of incarcerated individuals to months and years of extreme isolation and solitary confinement for alleged infractions that often present no threat to prison safety.” Advocates hope the introduction of sentencing guidelines will help divert nonviolent individuals from solitary confinement, and shorten the stay of those who do end up in isolation.

According to a 2012 NYCLU report, “DOCCS provides no mandatory standards and little detailed guidance on when corrections officials should punish convictions with extreme isolation.” Operating without clear guidelines, the New York state prison system currently houses 3,800 prisoners in isolation as punishment for breaking prison rules. From 2007 to 2011, DOCCS handed out more than 68,000 isolation sentences for “tier 3” (most serious) offenses–only 16 percent of which were for violent behavior involving assault or weapons. Many inmates earned their way to isolation through nonviolent infractions such as failure to obey an order, lying, or loss or destruction of state property.

From 2007 to 2011, DOCCS handed out more than 68,000 isolation sentences for “tier 3” (most serious) offenses–only 16 percent of which were for violent behavior involving assault or weapons.

According to the same report, the average solitary sentence in New York state prisons from 2007 to 2011 was five months. Juan Méndez, Special Rapporteur on Torture for the United Nations, has called for prohibition of all isolation sentences longer than 15 days. Méndez believes solitary confinement amounts to torture and inhumane treatment when used “indefinitely or for a prolonged period, for persons with mental disabilities, or juveniles.”

The New York agreement sets specific guidelines for the reforms:

In recent years, human rights advocates have increasingly questioned the isolation of inmates like principal plaintiff Leroy Peoples, who served 780 consecutive days in solitary for the non-violent violation of filing false legal documents. “This agreement is an important step toward dignity and decency,” Peoples said in a statement. “I thank the governor for taking this seriously and hearing us out.”