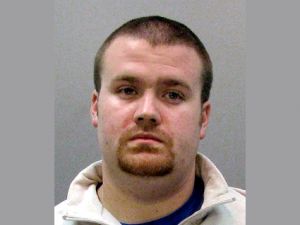 Following a national outcry, the Alabama judge who sentenced Austin Smith Clem to probation and no prison time for three rape convictions has agreed to reconsider the sentence. The judge, James Woodroof, filed an order Tuesday indicating his intention to resentence Clem. Brian Jones, the district attorney for Limestone County, in north central Alabama, had previously appealed the sentence as too lenient.

In September, a Limestone County jury found Clem, 25, guilty of raping Courtney Andrews, a teenage acquaintance and his then-neighbor, three times—twice when she was 14, and again when was she was 18. Clem’s defense attorney did not call any witnesses at trial. After less than two hours of deliberation, the jury returned guilty verdicts against Clem on one count of first-degree rape and two counts of second-degree rape.

On November 13, Woodroof ruled that Clem would be punished by serving two years in a program aimed at nonviolent criminals and three years of probation.

Clem’s victim, now 20, said she was “livid” when she first heard the verdict. Her case has since received national attention. On Sunday, she appeared on MSNBC, where she told Melissa Harris-Perry, “I need for him to be in prison. I’m not going to feel safe other than that.”