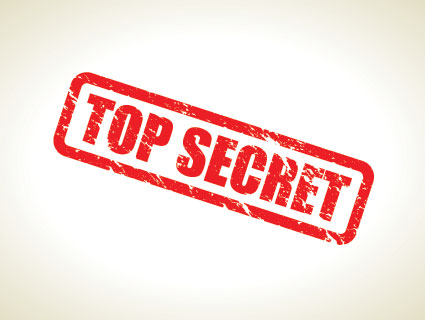 On Friday, I wrote a piece for Mother Jones speculating that government spying on press communications may not be “unprecedented,” as Associated Press head Gary Pruitt put it, but simply rarely disclosed. The rules requiring disclosure of such surveillance, after all, only appear to apply to “subpoenas” for “telephone toll records”; they do not cover other secret tools deployed by federal law enforcement, such as National Security Letters. Even outside the shadowy world of intelligence, as federal magistrate judge Stephen Smith has observed, court orders granting government access to electronic communication records routinely remain secret indefinitely. I suggested that there could be quite a few other cases like the AP story that we’ve never learned about, even if the Justice Department has been scrupulously following its own rules, because such cases might not involve grand jury subpoenas for phone logs.

It is rare for someone who writes about the intelligence community to have speculation of this sort confirmed almost instantly, but a report in the Washington Post Monday has shined a spotlight on another hitherto unreported leak investigation in which the Justice Department obtained a warrant to read the email of Fox News reporter James Rosen. The warrant in that case was sealed for over a year; it appears to have remained publicly unnoticed until today—nearly three years after the search of Rosen’s email was authorized. Should anyone believe this is the only such instance of the government snooping into a reporter’s email that hasn’t yet come to light?

The Rosen case is especially unsettling because the warrant affidavit suggests that Rosen himself could be subject to prosecution under the Espionage Act, on the grounds that his alleged encouragement to a source to provide classified information amounted to “conspiracy.” The attempt to redefine a routine and necessary part of national security reporting as crime is unprecedented.

Whether Rosen is prosecuted or not, the Justice Department targeting a reporter as a possible “co-conspirator” is troubling. The case against National Security Agency whistleblower Thomas Drake—who revealed massive waste in the agency’s deals with intelligence contractors—ultimately collapsed. The information he’d revealed was embarrassing to the government, not dangerous to national security. But Drake’s life was shattered, and a clear message sent to others who might seek to embarrass the government. A similar dynamic is at play in this case. Reporters are already feeling the chilling effects of the AP leak investigation. The government may or may not succeed in jailing leakers (or, perhaps at some point, reporters), but the point is to ensure that government sources are too scared to talk to press without approval.

That might sound like a fine idea if at risk were only vital national security secrets whose publication would endanger the United States. But as even top intelligence officials have acknowledged, overclassification is rampant in government. Much basic information, without which effective national security reporting would be impossible, is reflexively classified, whether or not it poses any realistic security risks, and reporters routinely discuss such information with sources. In practice, that means the government can pick and choose which leakers to go after—and which ones to wink at, because they’re serving the administration’s interests. No doubt, the government does have an interest in—and an obligation—to protect legitimate secrets, but an aggressive campaign that targets reporters and subjects them to broad and secret intrusions (and maybe prosecutions as well) will undermine a necessary check on government power and prevent the public from learning crucial information about what is done in its name.

A version of this post was first published on Cato at Liberty.