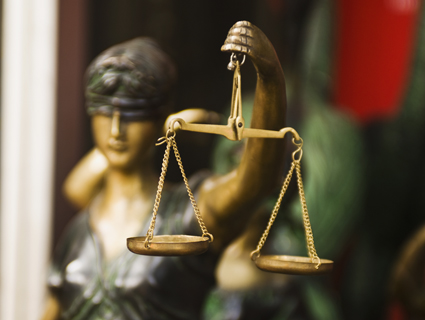 In September of 2011, the Supreme Court granted a stay of execution for Texas death row inmate Duane Buck, who was given a death sentence in 1997 for the murder of an ex-girlfriend and a male acquaintance. The reason: Buck’s race (he’s black) was cited by a psychologist—whose testimony was in turn cited by the prosecutor—as evidence that he may pose a threat to other inmates should he be sentenced to life in prison. Texas’ Republican attorney general in 2002, now-Sen. John Cornyn, recommended that Buck and six other inmates in similar situations be tried again; Buck is the only one who hasn’t. Buck’s case has since returned to the state courts, and his attorneys are still appealing for a re-trial. (No one disputes his actual guilt.)

On Wednesday, Buck’s attorneys released a new report from University of Maryland criminology professor Ray Paternoster examining the impact race played on sentencing in Harris County (which includes Houston, where Buck was tried) from 1992 to 1999. Paternoster examined 504 cases. The takeaway:

The probability that the district attorney will advance a case to a penalty trial is more than three times as high when the defendant is African-American than for white defendants (this includes Mr. Buck’s case). This disparity by race of the defendant, moreover, cannot be attributed to observed case characteristics because these cases are those that were most comparable in terms of the estimated propensity score.

This racial disparity is only partially corrected at the jury sentencing stage…Ultimately, among this group of comparable cases a death sentence was twice as likely to be imposed on an African American defendant as a white defendant.

You can read his full report here:

The race of the perpetrator isn’t the only variable likely to influence sentencing decisions. According to Amnesty International, “the single most reliable predictor of whether someone will be sentenced to death is the race of the victim.”