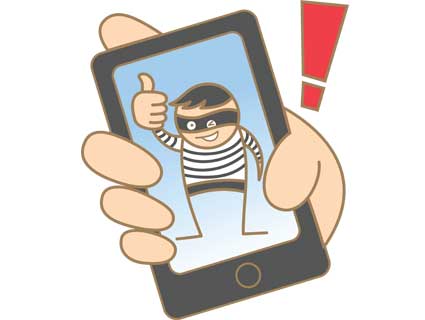 Are Apple and Samsung helping to prevent your tablet and smartphone from getting stolen? Not according to San Francisco District Attorney George Gascón, who last week accused mobile device makers and data carriers of doing little to nothing to fix a problem that costs their customers tens of millions of dollars a year in replacement costs.

“For the manufacturer and the carriers, all a theft means is another sale,” Gascón told me. “People are going back for a second phone; there is usually an up-sale, because the model that they had is generally no longer available—so people get sucked into new contracts. At least on the surface, [the companies] appear to be very mercenary, very profit-oriented, and not very socially conscious.”

Major wireless carriers say they’re working to prevent thefts through a national registry for logging the serial numbers of stolen phones. By April 30, customers buying a new phone will be informed of ways to remotely lock the device and erase its data.

In New York—but nowhere else—Apple works with police to track down stolen iPhones.

But Gascón says those efforts fall far short. He points out that many stores will jailbreak a stolen phone “no questions asked,” at which point thieves could sign it up with smaller carriers that aren’t participating in the registry. Other critics of the approach say that bad guys will just ship the stolen devices overseas.

Gascon believes that if smartphone makers really cared about preventing thefts, they’d create a way to track or shut down their devices anywhere in the world, regardless of which carrier was being used.

“That seems like something that is reachable,” Kevin Mahaffey, the chief technology officer of Lookout, a maker of anti-theft smartphone apps, told me.

Indeed, after New York’s Mayor Bloomberg blamed Apple for fueling a crime wave, the company partnered with the NYPD to track down stolen iPhones using each phone’s unique tracking number, known as its International Mobile Station Identity. Using that number, Apple can locate a phone even if it’s registered with a different wireless provider. According to the New York Post, one stolen iPad was even tracked to the Dominican Republic and recovered with the help of a cop in Santo Domingo.

But apparently, New York is the only city where Apple offers this service.

Why? Apple didn’t return a request for comment, but a reader of the tech blog Slashdot had an idea: Tracking or locking stolen phones “would reduce the likelihood of theft,” he figured, “which would in turn reduce 1) Apple street cred; 2) The need to purchase another Apple device.”