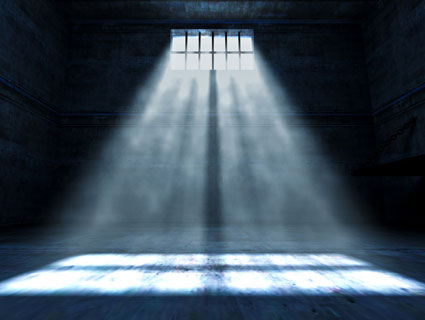 Remember rendition? Many people believe the practice of having terrorism suspects interrogated overseas was supposed to end when George W. Bush left office. But President Barack Obama said he’d end torture, not renditions—and last week, the Washington Post reported that they’re still happening. That’s true in some sense, but as Mother Jones and others have reported, the Obama administration’s use of foreign regimes to detain and interrogate terrorism suspects has avoided Bush-style renditions in favor of a different practice known as proxy detention.

Law professor and national security expert Steve Vladeck explained the difference between the Bush and Obama renditions on the Lawfare blog last week. The two most famous cases of Bush-era extraordinary rendition are those of Maher Arar and Khaled El-Masri, two men whom, as Vladeck noted, “were illegally sent by the United States to third-party countries where they could be interrogated (and tortured) in a manner that would have been unlawful if conducted by U.S. officials.” The case in the Post story is different, in that it involves arrests by local authorites who later transferred the detainees to the United States, and that there’s no torture alleged. This case indeed involves prisoner transfers from one country to another, but the details are completely different. The Post story, Vladeck argued, “is equating apples to oranges in a context in which nuance matters.”

Here’s the meat of the Post‘s story:

The three European men with Somali roots were arrested on a murky pretext in August as they passed through the small African country of Djibouti. But the reason soon became clear when they were visited in their jail cells by a succession of American interrogators.

U.S. agents accused the men — two of them Swedes, the other a longtime resident of Britain — of supporting al-Shabab, an Islamist militia in Somalia that Washington considers a terrorist group. Two months after their arrest, the prisoners were secretly indicted by a federal grand jury in New York, then clandestinely taken into custody by the FBI and flown to the United States to face trial….

The men are the latest example of how the Obama administration has embraced rendition — the practice of holding and interrogating terrorism suspects in other countries without due process — despite widespread condemnation of the tactic in the years after the Sept. 11, 2001, attacks.

In the September/October 2011 issue of Mother Jones, I reported on several cases of suspected proxy detention of American citizens, and confirmed, via multiple FBI sources, that the bureau does in fact share information with foreign security services that leads to the arrests and detentions of both foreigners and Americans abroad—and that US officials interrogate American and foreign-born terrorism suspects in foreign custody.

The practice may not be as bad as grabbing Abu Omar from the streets of Milan and whisking him away to Egypt for torture. But proxy detention still raises civil liberties groups’ hackles, because proxy detainees are granted fewer rights, and subjected to harsher interrogations (and sometimes abuse, allegedly) under foreign custody than they would be if they were arrested in the United States. Today, instead of imprisoning terrorism suspects in Guantanamo Bay, as we did during the Bush administration, we’re either blowing them up with drones or having our allies abroad pick them up and do the detaining (and sometimes the interrogating) for us. So the revelation in the Post story wasn’t necessarily surprising: If US government officials are willing to have nasty foreign regimes pick up American citizens, they likely wouldn’t think twice about nudging Djibouti to arrest a few Swedes.

Civil libertarians worry that proxy detention is a way for the US government to avoid granting terrorist suspects due process rights they would have if they were in US custody. But the FBI’s justification for sharing information that leads nasty regimes to arrest terrorist suspects is simple, as one FBI source explained to me in 2011: If the Saudis knew one of their citizens who they believed to be a terrorist was coming to the United States, we’d want them to tell us about it. Shouldn’t we be willing to tip them off if Americans—or, in this case, two Swedes and a Brit*—we believe are involved with terrorism are traveling in their country?

The answer the FBI source was looking for was “yes, we should tip off the Saudis if we think an American-born terrorist is in their country, even if we think that person might be tortured”—and there’s legal documentation that this has happened at least once. While I was researching my 2011 proxy detention story, I read a series of depositions given by FBI officials in an FBI agent’s whistleblowing lawsuit against the FBI. They indicated that in 2002, the United States revealed the identity of an American under FBI investigation to the Saudi secret police, despite fears that the American, who was unnamed in the depositions, might be tortured in Saudi custody.

Not long after, in June 2003, the Saudi secret police arrested and interrogated Ahmed Omar Abu Ali, an American suspected of involvement with Al Qaeda. (There is reason to suspect that Abu Ali was the American whose identity was shared with the Saudis, but since his name wasn’t mentioned in the depositions, there’s no proof.) Civil rights groups and Abu Ali’s legal team sued in federal court, saying Abu Ali had been detained at the behest of the United States. A federal judge ordered the government to release more details about Abu Ali’s case, but before that could happen, the Saudis extradicted Abu Ali to the US, where he was tried and convicted of material support for terrorism. Abu Ali would later claim he had been tortured in Saudi custody.

Today, years after Abu Ali’s conviction, allegations of proxy detention continue to pop up. I’ve devoted special attention to covering reports involving Americans detained abroad, since American citizens have rights under US law that foreigners do not. (The most recent report surfaced in April 2012, when Yonas Fikre, an American Muslim now living in Sweden, claimed he, too, was a victim of proxy detention, and that he was tortured.) But any case in which someone is detained abroad allegedly at the request of the US government deserves our attention, because if the government is tapping allies’ security forces to skirt due process rules overseas, how long before it decides due process is also too burdensome at home?

Matthew Waxman, also a law professor who blogs at Lawfare, wrote last week that he thinks these sorts of proxy detentions are “going on — at least indirectly — more than we know publicly.” The problem for the FBI, though, is that if it chooses to take formal custody of proxy detainees, and return them to the US for trial, it’s likely that more of these sorts of stories will come out, potentially exposing sensitive intelligence cooperation with foreign regimes—and those regimes’ misbehavior.

*Correction: It was two Swedes and a Brit, not three Swedes.