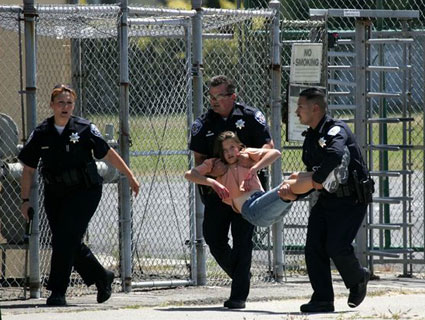 Since Columbine, schools are increasingly preparing for the worst, practicing hostile intruder drills. <a href="http://www.ehow.com/how_2048622_develop-hostile-intruder-procedures-school.html">eHow</a>

If it feels like mass shootings in this country have been occuring more often lately, you’re not wrong. John Kane has seen the upward trend first hand. A retired Sacramento police lieutenant, Army veteran, and FEMA instructor who wrote a manual on terrorism response used by police departments nationwide, Kane now runs a consulting business teaching disaster preparedness to law enforcement, businesses, colleges, and schools across America. One of his popular courses is teaching “violent intruder defense strategies” at K-12 schools, preparing teachers and staff on what to do if a gunman enters their school. In his career, Kane investigated hundreds of shootings and was nominated for an award for valor from the national Top Cops Award after he and a team of officers became engaged in a gun battle with a wanted murderer in Sacramento. He spoke to Mother Jones about the rising demand for his training, his thoughts on the psychology behind targeting small children, and how Columbine changed everything.

Mother Jones: You go around the country consulting police departments, businesses, schools, and colleges on how to prepare for all kinds of disasters, from earthquakes to hostage situations. And in your years in the police department and the army, you’ve dealt with more than your fair share of traumatic events. But could you ever expect something as terrible as what happened at Sandy Hook Elementary School?

John Kane: To be honest, I’m so jaded. There’s nothing that surprises me too much anymore. After Beslan in Russia, when Chechnyan terrorists took over a school and held 1,200 adults and children hostage for three or four days and killed 300 people, nothing surprises me. Since Columbine, people are understanding that there is a real obligation on the part of schools to take some additional measures and to do some training on how to guard against bad things happening in schools. If you would have told anybody before Columbine that two students could walk into and shoot up a school, they wouldn’t believe you. We’re very, very lucky that those explosive devices in the cafeteria did not go off. If they had, the body count in Columbine could have been in the hundreds. Since that time, schools and police across the country have had to recognize that we need to train our staff on how to handle these events. We need to train people to recognize these kids with signs and symptoms of psychological problems, to work more closely with local law enforcement and find ways to divert these kids with issues into proper psychological counseling, mediation or dispute resolution counseling. 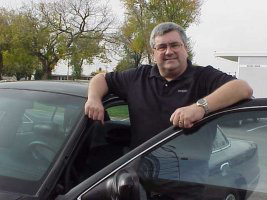 MJ: I remember doing fire drills as a kid, but when did lockdown drills become the norm in elementary schools?

JK: Lockdown drills, violent intruder drills, they are all part of the regular process of preparedness that goes along now with things like earthquake drills. But with a violent intruder drill, what you’re doing basically is talking over a loud speaker and getting an emergency alert out to faculty and staff. You give the command, “Go to lockdown.” Every teacher then locks the door to the classroom and does not allow students out until they hear the “all clear.” If any students are in the hallway, you grab them and drag them into the classroom and shelter them in that classroom. The idea of that is that hopefully it will inhibit the movement of the suspect and not give that suspect a large number of people to hurt while giving you enough time to get the cops on the scene. The whole process is designed to buy you time to get law enforcement on the scene. After Columbine, we all went to active shooting drills.

MJ: What are active shooting drills and what did Columbine have to do with it?

JK: Columbine was the giant wake up call. It changed everything—all police training for these events. Prior to Columbine, the plan was surround and negotiate. That was the old way. Surround the school, contain it so you get a good perimeter and then you try and negotiate with whoever is in there and talk them out. If that doesn’t work, you wait until SWAT goes in. That’s what happened at Columbine and it cost people their lives. These kids started shooting outside the school, originally they engaged with a police officer. Then they went into the school and were going around shooting people for 45 minutes. If the police had entered immediately and made an active shooter team and gone in there to get these guys, we would have been able to stop the loss of life right away. The whole philosophy of law enforcement changed after Columbine. Now we have the active shooter program where you put together a team to get into the school with the sole purpose of stopping that guy. Locate that person and pin them down so that they can’t create more victims. These are quick, dirty rapid events that are over in 5 to 10 minutes. It’s a whole new tactical training that was taught to every police department. Even if you are the first officer on the scene, you are the only cop in Newtown, you have to go in and search down the suspect.

MJ: During your time in the Sacramento Police Department, did you ever respond to a school shooting?

JK: Yes, in 1994 we had a gang-related encounter where a gang member shot a kid that he felt had wronged him. It happened right outside a middle school. He shot him dead in front of all the students. It was 2:45 and all the kids were getting out, and this kid rode up on his bicycle and gunned the other boy down. The shooter was 17 and the kid he killed was 14. The suspect got away before we had full containment of the area. We locked down the neighborhood, had to search the entire area and deal with all the trauma incidents in the school. It was a huge police investigation and a real serious event in Sacramento. We’ve had events where you have witnesses giving conflicting stories. You have to go by what you think is the best thing to do at that moment. If you got conflicting reports about multiple shooters, you have to secure the area, make sure everyone is safe and that there are no bad guys hiding anywhere. It can be a nightmare. It’s law enforcement’s worst case scenario, a thing you hope you never ever have to do.

MJ: From your experience dealing with violent criminals, can you speak to the mindframe of these killers?

JK: Psychologically? A shrink could express this a lot better than me. But based on my experience when people snap and they have targeted a person, like their boss at work and their coworkers or whatever it is, the people that are around the target are not human beings. You’ve got to remember this is a guy whose plane of reality is way out of alignment with yours or mine. He’s not thinking that these are five-year-olds. He’s thinking they are objects associated with my mother. They are objects that are associated with the person that I am going to hurt, that I hate, that I want to dispose of and psychologically they aren’t children to this guy. They are things that my mother liked and so therefore I am going to kill those things.

MJ: From your experience with the school shooting and all the other gun violence scenarios you’ve encountered, what will it take for a small community like Newtown to recover?

JK: Recover? I think that time heals, but this is something the people of that town are going to live with forever. Every emergency responder has at least one event that will haunt them forever. I have a career of these… But just put yourself in a position of a parent who’s child was killed. They might be able to pick up, move on, go back to work, but on a daily basis you will have things that will remind you of your child and haunt you forever. They will never recover.