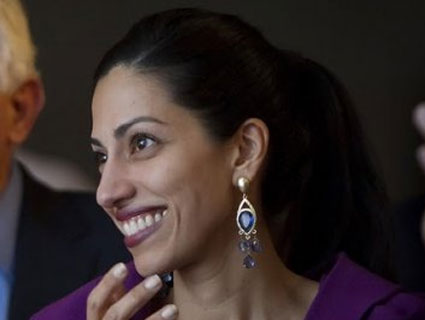 In June, five Republican members of Congress, including Rep. Michele Bachmann (R-Minn.), sent letters to the nation’s top law enforcement, defense, and intelligence agencies warning that the Muslim Brotherhood, an international Islamist organization, had infiltrated the United States government. Bachmann and her associates—Reps. Trent Franks (R-Ariz.), Louie Gohmert (R-Texas), Thomas Rooney (R-Fla.), and Lynn Westmoreland (R-Ga.)—demanded an investigation, and Bachmann told radio host Sandy Rios that “it appears that there are individuals who are associated with the Muslim Brotherhood who have positions, very sensitive positions, in our Department of Justice, our Department of Homeland Security, potentially even in the National Intelligence Agency.”

There is not even a smidgen of credible evidence to back up the charges Bachmann and her colleagues have made. But one of the individuals Bachmann has singled for her supposed ties to the Muslim Brotherhood—Huma Abedin, a longtime aide to Secretary of State Hillary Clinton—has suffered very real consequences. Abedin, who’s married ex-Rep. Anthony Weiner, with whom she has a new baby, has received threats in the wake of Bachmann’s charges and is now under police protection, the New York Post reported Sunday. Sen. John McCain (R-Ariz.) took to the Senate floor last week to defend Abedin, but that hasn’t been enough to stop the witchhunt.

People for the American Way, a liberal advocacy group, has called on Speaker of the House John Boehner (R-Ohio), who called Bachmann’s charges “pretty dangerous,” to remove her from the House Intelligence committee as a way of sending a message that this kind of conduct is unacceptable.