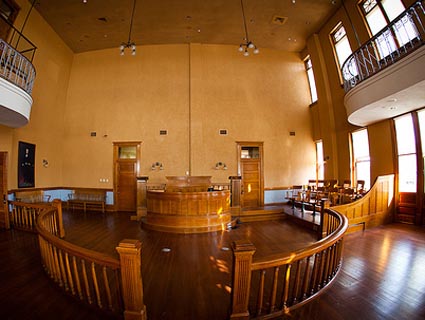 Duke University released a study on Tuesday that examined the impact of race in jury pools in Florida, and there’s good news and bad news. The bad news is that, according to the study, which looked at 700 cases between 2000 and 2010, all-white jury pools are significantly more likely to lead to convictions of black defendants than white ones. The good news is that a single black juror in the pool can alter that dynamic.

Two particularly salient points from Duke’s summary of the study:

— When the jury pool included at least one black person, the conviction rates were nearly identical: 71 percent for black defendants, 73 percent for whites.

Eliminating jurors on the basis of race is of course illegal, but based on this data, the racial makeup of a jury can have a significant impact on whether or not a black defendant is convicted. I‘d bet prosecutors and defense attorneys instinctively understood that dynamic even before the Duke researchers released their study. Race and criminal justice, and the politics of both, have been intertwined throughout American history, often for the worse.

UPDATE: This post previously misstated that the study drew its conclusions from seated juries, rather than the pools from which juries are selected. Although there haven’t been a lot of studies done on the impact of all white juries on convictions for nonwhites, a 2006 study found that racial composition substantially impacted jury deliberations. Others, like this one from the Equal Justice Initiative, suggest that in some areas of the country prosecutors go out of their way to strike black jurors during the selection process.