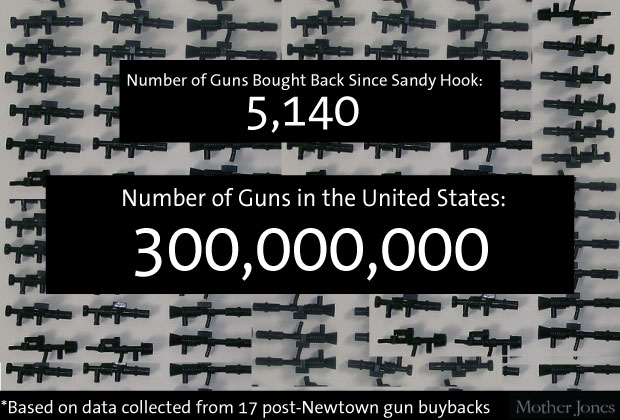 Federal law dictates that people with felony convictions on their records lose their right to own guns. But the New York Times reports that states have been reinstating those rights, frequently for violent offenders, and with virtually no review. Take Washington state, for example:

Since 1995, more than 3,300 felons and people convicted of domestic violence misdemeanors have regained their gun rights in the state—430 in 2010 alone—according to the analysis of data provided by the state police and the court system. Of that number, more than 400—about 13 percent—have subsequently committed new crimes, the analysis found. More than 200 committed felonies, including murder, assault in the first and second degree, child rape and drive-by shooting.

Even some felons who have regained their firearms rights say the process needs to be more rigorous.

“It’s kind of spooky, isn’t it?” said Beau Krueger, who has two assaults on his record and got his gun rights back last year in Minnesota after only a brief hearing, in which local prosecutors did not even participate. “We could have all kinds of crazy hoodlums out here with guns that shouldn’t have guns.”

The NRA-backed Firearm Owners Protection Act of 1986 rolled back a number of federal gun laws, kicking the issue of felons’ gun rights down to the states. And the movement to restore gun rights to felons, the Times explains, has picked up speed, thanks to a 2008 Supreme Court ruling that the Second Amendment protects an individual’s right to bear arms. Presently, restoration of firearms rights is automatic in at least 11 states for many nonviolent felons, after staying out of trouble for a certain amount of time.

In Washington, the most serious felons are barred from owning guns. But that didn’t prevent at least one tragedy:

Enraged, Mr. Zettergren ordered Mr. Robinson to leave. After a brief confrontation, Mr. Zettergren shot him in the temple at point-blank range with a Glock-17 semiautomatic handgun. He then forced Mr. Robinson’s hysterical fiancée, at gunpoint, to help him dispose of the body in a nearby river.

It was the first homicide in more than 30 years in the small town of Endicott, in eastern Washington. But for a judge’s ruling two months before, it would probably never have happened.

For years, Mr. Zettergren had been barred from possessing firearms because of two felony convictions. He had a history of mental health problems and friends said he was dangerous. Yet Mr. Zettergren’s gun rights were restored without even a hearing, under a state law that gave the judge no leeway to deny the application as long as certain basic requirements had been met. Mr. Zettergren, then 36, wasted no time retrieving several guns he had given to a friend for safekeeping.

“If he hadn’t had his rights restored, in this particular instance, it probably would have saved the life of the other person,” said Denis Tracy, the prosecutor in Whitman County, who handled the murder case.

The Times piece is loaded with other, terrifying stories like this. Read them all.