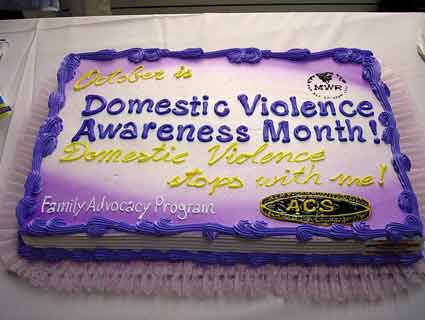 Domestic violence may become legal in Topeka, Kansas, because local officials are caught up in a spat about who’s supposed to pay to prosecute it.

Shawnee County District Attorney Chad Taylor announced on Sept. 8 that he isn’t going to prosecute misdemeanors anymore, which includes those for domestic violence, because he’s too broke to deal with it. The decision came after the county commission voted to cut the DA’s budget by 10 percent for 2012. Taylor argued, instead, that city prosecutors should be handling misdemeanors—even though, as the city manager pointed out at the time in the Topeka Capitol-Journal, state law requires the district attorney to prosecute those cases. Besides that, the county has better resources for dealing with those cases, especially domestic violence.

So then the Topeka City Council decided that in order to fix this situation, they would just repeal the city code that makes domestic battery illegal. Apparently council members believe this would force Taylor to prosecute those crimes. But, as domestic violence survivors warned the city council on Tuesday, that’s a really terrible idea.

Feministing has more on the mess in Topeka. The city council is supposed to vote on the measure to repeal the law next week. Members insist that of course they think domestic violence is a crime that should be prosecuted, and this beef is just about who pays for it. But the spat has already had an impact on enforcement in Topeka: the Capitol-Journal reported last month that dozens of domestic violence cases had been turned away and three alleged offenders were released from jail in just the first few days after Taylor’s announcement. (It’s also worth pointing out that October is Domestic Violence Awareness Month. Thanks, Topeka!)

As Kari Ann Rinker, the coordinator of the Kansas chapter of the National Association for Women, pointed out in an email last night, there’s not even a good financial reason for the DA to stop doing his job right now. Taylor’s funding complaints are about the 2012 budget, and it’s still 2011. Rinker called on the city and the DA’s office to reach an agreement as soon as possible. “Meanwhile, the people who are caught in the middle of this blame game and finger pointing are the women of Topeka,” Rinker said. “These women are the only ones who remain truly blameless.”