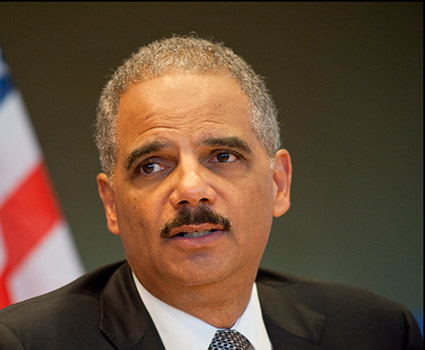 The Iranian government directed, sponsored and coordinated a plot to kill the Saudi Ambassador to the United States, top US law enforcement officials alleged Tuesday. According to the Justice Department, two men, Iranian American Manssor Arbabsiar, 56, and Iranian Gholam Shakuri, worked with members of the powerful Iranian Revolutionary Guard on a plan to bomb the Saudi embassy in Washington, DC. Arabsiar is in US custody and has been charged in federal court in New York; Shakuri remains at large in Iran.

The elaborate “murder for hire” plot “reads like the pages of a Hollywood script,” Robert Mueller, the director of the Federal Bureau of Investigation, said in a Tuesday afternoon press conference. The government believes the planning for the plot began this spring, when Arabsiar, who lives in Texas, met with a Drug Enforcement Administration informant in Mexico who was a member of a “violent international drug trafficking cartel,” according to Mueller. Arbabsiar supposedly intended to gain the man’s support to bomb the Saudi Embassy in Washington, and the informant requested $1.5 million to carry out the plot. Arbabsiar agreed and, according to the Justice Department, sent “two overseas wire transfers totaling approximately $100,000” to an “undercover FBI account.”

Arbabsiar was denied entry into Mexico on September 28th and sent back to New York, where federal agents arrested him the next day. The FBI says that Arbabsiar admitted to the assassination plot during interrogation after waiving his Miranda rights. He claimed that his cousin is a “senior member” of the Iranian Quds Force, a unit of Iran’s powerful Revolutionary Guard, and that he recruited Arbabsiar while he was in Iran, intending for Arbabsiar to kidnap the Saudi Ambassador to the US.

Arbabsiar claims to have met with “senior” Iranian officials and the other man charged in the plot, Shakuri, during his time in Iran, according to the Justice Department. While he was in custody last week, Arbabsiar, at the “direction” of Federal Agents, called Shakuri, who was in Iran, and discussed the plot. Shakuri instructed Arbabsiar to go ahead with the plot: “[J]ust do it quickly, it’s late…”

Cable news networks have dedicated wall-to-wall coverage of the plot, which quickly became the story of the day after details first leaked early Tuesday afternoon. Attorney General Holder said the US will “hold Iran accountable” and that the Treasury Department will follow up with its own response soon. As counterterrorism expert Daveed Gartenstein-Ross notes, the fact that Holder chose to weigh in on the Iran connection is a sign the Obama administration “is deadly serious about it.” It’s likely that the busted plot could lead to additional sanctions on Iran.

There are also reasons to be skeptical of the seriousness of the threat, however. “I am putting this scary Iranian-Mexican plot into the ‘delusional moron’ category unless I see any evidence to the contrary,” Foreign Policy‘s Blake Hounshell tweeted Tuesday. As in many other cases involving FBI informants, it was the informant, not the suspect, who was to provide the means to carry out this attack. “Many lives could have been lost in the plot to kill the ambassador with bombs in the US,” Mueller said during Tuesday’s press conference. But, as in many other cases involving the FBI’s use of informants, there was never an actual bomb.

Reza Aslan, an Iran expert who I worked for last year, doesn’t buy the idea that the Iranian government was involved with the plot at a high level. “The Iranian regime may support terror groups who pose a risk to US national security, but it has never attempted a terror plot inside US soil and there is really no reason to believe that it would do so,” he argues. Could Iran be trying to instigate a new conflict with the United States? Aslan says no: “Iran has no interest in initiating an open conflict with the US. Could there be rogue elements within the Revolutionary Guard working independently of the government on what is clearly an assassination for hire? Perhaps.” Overall, Aslan says, the idea of a far-reaching conspiracy “simply does not pass the smell test at this point.”

The Iranian government, through its state media outlet Press TV, denied the accusations, saying that the plot was a “prefabricated scenario.” Another Iranian news outlet, the Islamic Republic News Agency, said the plot was part of a “new propaganda campaign against Iran.”