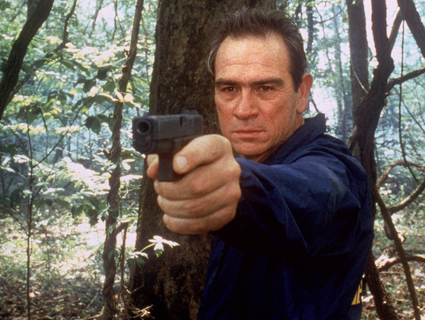 Tommy Lee Jones as US Marshall Samuel Gerard in US Marshals.Kopelson Entertainment/Zuma

The US Marshals Service has sold off millions of dollars worth of seized assets without proper disclosure, according to a report from the Department of Justice’s office of inspector general (OIG). Between 2005 and 2010, the service’s Complex Asset Team disposed of over $136 million in assets with relatively little oversight or documentation, the OIG report alleges. The IG believes the team may have undervalued many of its seized assets and sold them at below-market prices—meaning taxpayers probably got less money than they deserved.

Back in November, an employee of the firm hired to help manage the Marshals’ assets blew the whistle on team leader Leonard Briskman, accusing him of breaching conflict of interest rules. That employee—a CPA and former federal agent named Brian S. Aryai—filed a whistle-blower lawsuit in November against his employer, Forfeiture Support Associates, under the Federal False Claims Act.

Aryai’s suit convinced the OIG to take an interest in the Marshal’s Complex Assets Team. But after clearing Briskman of Aryai’s initial allegations, OIG found other problems, Main Justice reports:

The inspector general reported that in several instances, Briskman valued and sold the same asset himself without supervision by anyone in the marshal’s office. In addition, he failed to publicly announce the sale of some assets, which limited their availability to the general public. In one case, an assistant U.S. Attorney from the Southern District of New York objected to a decision by Briskman to sell assets that had been seized during the Bernard Madoff case–more than one million shares of a pet prescription firm and a 5 percent stake in another investment portfolio–without announcing the sale.

In at least eight of the 55 cases taken up by the asset team between 2005 and 2010, the purchaser or the price of the asset was not recorded. On top of that, the team failed to perform sufficient market research to properly value the assets it was eyeing; for some of them, it couldn’t even provide the OIG with bank statements and other basic documentation. The New York Times reports that Briskman has been transferred to another division of the Marshals Service since Aryai filed his suit, and the OIG cleared him of any criminal wrongdoing. The Marshals Service, meanwhile, says that it has implemented most of the report’s recommendations.

Aryai’s lawsuit is still pending. Among the loose ends waiting to be tied are allegations that assets were sold without public notice or competitive bidding, and that Briskman found buyers through his business contacts. Stay tuned.