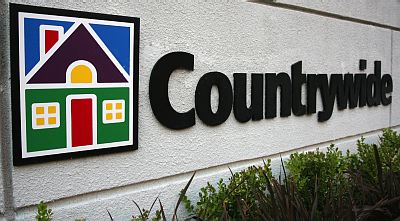 Countrywide Financial, Ameriquest, and the other infamous subprime mortgage lenders that helped scuttle the housing market in 2006 and 2007 have all but disappeared from the news, leaving you to think there was nothing left to report about the former home-loan titans. Hardly. Today, iWatch News‘ Mike Hudson published the first installment of a two-part expose of how Countrywide, once the king of US lenders, allegedly condoned and encouraged fraud by its employees, and intimidated and sometimes fired internal whistleblowers who sounded the alarm about the lender’s shady practices.

Hudson tracked down 30 former Countrywide employees who claim the company’s brass not only let fraud run rampant under their noses—they even fueled it. What’s more, Hudson cites 18 employees who say they were demoted or terminated for alerting higher-ups to sketchy behavior including using scissors, tape, and Wite-Out to churn out fake bank statements; inflating home appraisals; and cutting and pasting the address of one property onto the appraisal of a completely different one. On one occasion, when Countrywide’s then-chief fraud investigator, Eileen Foster, a key player in Hudson’s story, went hunting for more dubious behavior, an executive called her and said, “I’m goddamned sick and tired of these witch hunts.”

It’s a sordid tale, one that might never have seen the light of day had Hudson, who literally wrote the book on the subprime disaster, not kept digging long after the rest of the business press went home. Here’s more from Eileen Foster’s story:

Foster told the agency that instead of defending the rights of honest employees, Countrywide’s employee relations unit sheltered fraudsters inside the company. According to the Labor Department, Foster believed Employee Relations “was engaged in the systematic cover-up of various types of fraud through terminating, harassing, and otherwise trying to silence employees who reported the underlying fraud and misconduct.”

In government records and in interviews with iWatch News, Foster describes other top-down misconduct:

In Foster’s view, Countrywide lost its way as it became a place where everyone was expected to bend to the will of salespeople driven by a whatever-it-takes ethos.

The entire piece is worth a read. And watch for part two when it lands tomorrow.