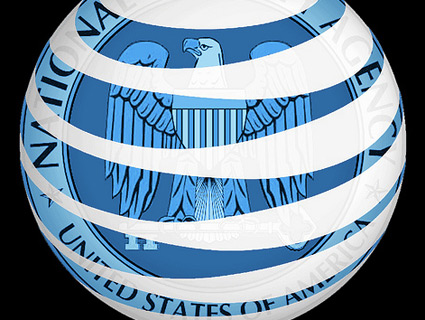 If you thought the fight over the warrantless wiretapping program that thrived under President Bush was over, think again. On Monday, the Center for Constitutional Rights filed a brief in federal appeals court in an attempt to reopen a years-old case over the surveillance program.

CCR’s original lawsuit, CCR v. Bush, was filed in 2006. It sought an injunction ordering the government to terminate the NSA’s illegal surveillance program. The government claims to have discontinued the program in 2007. But in the final stages of the 2006 case, CCR asked the court to order the immediate destruction of any surveillance records it had on the plaintiffs (some lawyers were concerned that their attorney-client emails and phone calls had been monitored during the legal process).

The lower court ultimately denied CCR’s request, noting that before the group could sue the government, it first needed to provide evidence that its staff had been surveilled. (Such evidence is considered a state secret and would probably be instantly thrown out of court if it was ever uncovered in the first place.) CCR’s appeal is aimed at finally obtaining a court order for the destruction of any records the government might still possess.

In a statement released on Tuesday, Shayana Kadidal, a senior attorney at CCR, took aim at the Obama administration for helping to hide the Bush administration’s alleged misdeeds:

“The Obama administration has never taken a position – in this or any of the other related cases – on whether the Bush administration’s NSA surveillance program was legal. Instead, it fought to keep this case out of court…” said…Kadidal. “Despite considerable public evidence that attorneys were targeted by the program, the court refused to even order…that the government destroy any records of this illegal surveillance that it…retains. It is astonishing that President Obama’s administration continues to fight to hold on to the fruits of a patently illegal surveillance program…”

Civil libertarians have been trying for years to outflank President Obama’s efforts to guard the previous administration’s law-flaunting surveillance structure. Naturally, the president’s soft approach to addressing civil liberties violations didn’t win him much praise from his liberal base, nor did it console organizations like the ACLU, whose executive director said last year that he was “disgusted” by Obama’s policy decisions. Mother Jones has covered the Obama White House’s position on these issues for years: we wrote about the possible “wiretapping” of the Internet, the stunning lack of transparency, and the hefty price-tag of Obama’s clampdown on state secrets.

CCR’s ongoing fight over records of warrantless wiretapping is another indicator that the national-security-on-steroids apparatus of the Bush era continues to inform key decisions of the current administration.