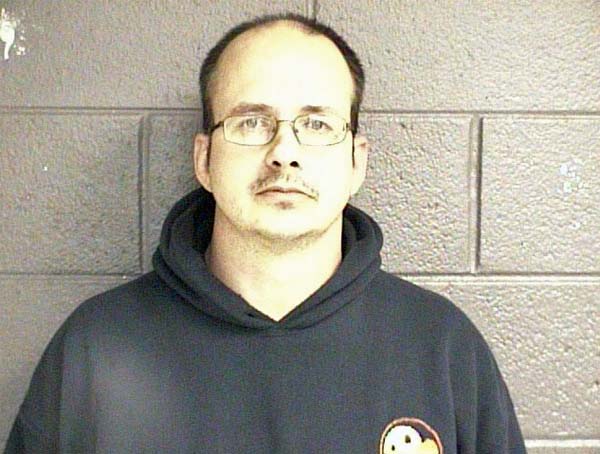 The excellent contracting watchdog, Ms. Sparky, drew my attention to this developing story: A Norfolk, Virginia, man was arrested on a military base in Iraq and brought back to the States in police custody this weekend for allegedly raping a “juvenile female,” then hiding out in the Middle Eastern nation as a contractor for the US government.

Norfolk police say Daniel Phillips, 46, was wanted in connection for the rape of an underage girl in 2004 and 2005, but when warrants were issued for his arrest, he secured employment as a military contractor in a computer-related position and left for Iraq, where he stayed until authorities started tracking him in December.

Well, he didn’t stay there the whole time. A Virginia TV news crew caught up to a neighbor next door to Phillips’ Norfolk house. That neighbor, who identified herself only as Julie, suggested Phillips was a family man who’d traveled back to the US several times in recent years. “I see him only on occasion when he returns from overseas,” said the woman. “He’s always very supportive, a very nice, helpful neighbor.” Julie then added that she believed Phillips was married with six children.

The vetting process to become a contractor in Iraq varies from company to company, but it can be extremely thin. Once hired, these employees are supposed to go through a Contintental United States Replacement Center (CRC), an Army-run military processing facility such as this one in Ft. Benning, Georgia. There, they go through a weeklong medical and background screening, at the end of which they’re issued a microchipped military ID card and put on a military flight to their destination in Iraq, or Afghanistan, or wherever.

Additionally, when individual contractors in Iraq wish to take leave elsewhere, they must go through a thorough process to be manifested on a flight out—usually in a military aircraft—along with multiple military checks in which their ID card is scanned. (And when they leave their Iraq jobs, contractors must go through exacting procedures in Kuwait and the stateside CRC center yet again.)

But apparently, none of that kept Phillips from staying on as an Iraq contractor for seven years, with military-sanctioned vacation jaunts back to the States, all while authorities sought his arrest.

According to Sgt. Boe Bostjancic of the Norfolk Police Department, those authorities only caught scent of Phillips’ trail late last year, tracing him to Iraq through emails, faxes, and phone calls he’d made. At that point, the local cops solicited help from military investigators, the US Marshals, and the State Department.

“They were able to call back very very quickly, and said, ‘Well, we found him in a base in Iraq, you’re right,'” Bostjancic told reporters. “And they…red-flagged him and pulled his passport.”

There are plenty of questions in this case, such as: How many other criminal suspects are hiding out on US military bases overseas? And why was it so easy for a man like Phillips to slip through the safeguards that are in place? What company or companies did Phillips work for? And what did he do with the presumable pile of money he made over the past near-decade?

In any case, Phillips isn’t talking. He declined inquiries from reporters Tuesday from his Norfolk City Jail cell.

For Ms. Sparky, though, there’s another question that’ll keep her up at night: If Phillips could slip in and out of the US and Iraq where else might he have gone on his “R&R” vacations? “I would also be interested to see how many times he R&R’d to SE Asian countries such as Thailand,” she writes, “where you can just buy yourself a little girl!”