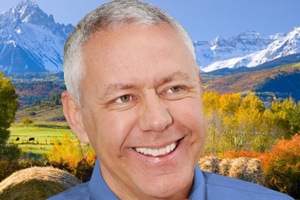 I have a story today explaining why it’s so odd that Ken Buck, the tea party Republican Senate candidate in Colorado, didn’t prosecute a controversial rape case while serving as Weld County district attorney. While reporting the story, I conducted a lengthy interview with the victim in the alleged rape. I wasn’t able to get all of her comments into the article, but I wanted to share a few of them now. Perhaps the most interesting news in our interview was the victim’s contention that Buck’s office was totally unwilling to compromise on prosecuting the case. She says she suggested that they at least offer the suspect a plea deal, with no jail time and sex offender treatment, but that Buck’s assistant district attorney rejected that idea outright. Here’s a rough transcript of the rest of what she told me (you’ll probably need to read the story itself to understand all the details):

Victim: It would seem to me that if someone confessed to committing a crime they would then be charged with a crime. I knew how difficult sex assaults were to prosecute. That’s one of the reasons we did the pretext phone call and I agreed to do that. I knew there was a much higher chance of confession with a pretext phone call so that’s why that happened.

Mother Jones: Were you surprised that, even though the attacker confessed, the case still wasn’t prosecuted?

Victim: I guess I don’t know what else you would need [beyond the alleged rapist’s confession]. It’s no longer a he said/she said situation. That’s normally what makes sex assault so difficult to prosecute. When we’re both saying the same thing you don’t have that dilemma any more. I was shocked and really confused. I still am. I was angry… It hurt. And I was completely bewildered as to why Ken Buck wouldn’t take the case.

MJ: Do you get the sense that Buck believed your story?

Victim: He [made] this statement during one of our meetings that it appeared that I invited [the alleged rapist] to have sex. That was terrifying to me… To have him say he didn’t believe a word I was saying and he didn’t believe the offender either, that both of us had said that wasn’t the reason and I had said no. For him to then be questioning that was very hurtful and very confusing.

MJ: Have you spoken to attorneys or other legal experts since? What did they think of the case?

Victim: At the time I spoke to three different attorneys, all of whom were criminal defense attorneys. After I received the first letter stating that the district attorney wasn’t pressing charges, I went and met with them all separately. I presented them with the police report and all of them were just as confused as I was. All of them expressed that it would be very difficult to defend this case and that they did not understand why it wasn’t moving forward. That’s when I hired an attorney and went and met with [Buck]. One thing that I don’t think I’ve told anybody before is that he says he took [the case] to [a district attorney in Boulder] and all of that. That’s something that he never told me. Not once in our meeting did he say that he had checked it with another county.

MJ: Did you think Buck’s reasons for not prosecuting the case were sufficient?

MJ: What do you think the story suggests?

Victim: It reflects his stereotypes. It reflects his… perception of women and of sexual assault and to me it shows that he’s unable to hold up to his professional duties without taking his personal biases and stereotypes into consideration.* It really reflects that he is not able to move past his stereotype, even in a professional role, and that’s a key part of being in power. Anyone in a service field needs to look at how their personal bias plays into their decision and I don’t think he’s able to do that.

Our society does not treat victims of sexual assault very kindly. That’s a general statement. There are people who are very understanding and very supportive. But we still have biases. A lot of that has to do with dealing with victims of rape. I don’t think that he expected me to do anything. That’s why he said if you decide to take this to a judge, it will be a very public event. And he expected that to shut me up. It really goes back to the old philosophy that what happens behind closed doors stays behind closed doors. He is not willing to prosecute those cases.

One thing that he’s said is that he started the [Sexual Assault Nurse Examiner, or SANE] program in Greeley. That’s not true, there still is no program in Greeley [the main city in Weld County]. There’s one in Larimer county. And [district attorneys] aren’t the ones who start the SANE nurse programs, it’s the hospitals.

He has shown multiple times that he has some very sexist views. Like his statement that we should vote for him because he doesn’t wear high heels… That is definitely something that he holds.

Prosecutors do have a responsibility not to prosecute cases where there’s no evidence. We can’t just go around prosecuting everybody because someone says something. But in cases where they’re not 100 percent sure they can win, I think there’s still an obligation to try.

When I was speaking to his assistant district attorney, I asked him; “Why won’t you take this and offer a plea deal?” I wanted the offender to get treatment. For them not to even consider that was mindblowing.

Cases like this are looked at damage to statistics. Not just my case, but acquaintance rape all around. There’s no doubt that they’re difficult to prosecute. But when [some prosecutors] look at that they’re more concerned with the statistics than with Justice actually being served.

*I corrected a typo here. It originally read “able,” instead of “unable.” That was wrong. It’s fixed now. Sorry.