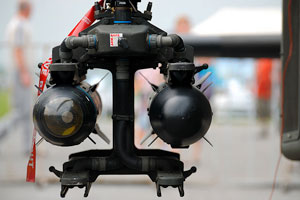 For months, the news media has been full of reports that the Obama administration plans to kill Anwar Al-Awlaki, an accused terrorist who also happens to be a US citizen. This summer, two human rights groups sued on Al-Awlaki’s behalf. Despite the possibility that Al-Awlaki could be killed at any moment, the court battle over his fate has already dragged on for weeks without even touching on the government’s evidence against him. Instead, the Obama administration has been trying to have its cake and eat it—or rather keep its secrets and kill its alleged terrorist—too.

The lawsuit pits the American Civil Liberties Union, the Center for Constitutional Rights, and Anwar Al-Awlaki’s father, Nasser, against the full force of the Obama administration. In the government’s first response to the case, filed late last month, Justice Department lawyers deployed a number of tough legal arguments—including their trump card, the so-called “state secrets” privilege, which allows the government to argue that even hearing the case could pose a dire threat to national security.

By invoking state secrets, the Obama administration wasn’t just arguing that it can kill its citizens. It was also saying that it doesn’t have to explain the legal or factual basis for the killing. That’s a bold assertion. But the state secrets doctrine is a powerful tool, and the government really doesn’t want to lose this case.

Late Friday, the rights groups filed their response [PDF] to the government’s brief. On state secrets, the plaintiffs note that if Al-Awlaki had been charged with a crime, the government wouldn’t be able to cite the state secrets privilege. (The Supreme Court has unambiguously ruled that the privilege is unavailable in criminal cases.) This is the having cake and eating it too bit. “The government is trying to impose the ultimate penalty without trial while claiming a secrecy privilege that would be unavailable with trial,” the rights groups argue. “It would be an odd and remarkable rule that would permit the government to avoid all judicial scrutiny simply by electing to bypass trial in favor of summary execution.” Indeed it would! But that’s how the state secrets privilege seems to work: it allows the government to avoid scrutiny of all sorts of things. The Bush and Obama administrations successfully invoked the privilege to block suits over torture. So it wouldn’t be a major surprise if the judge in the Al-Awlaki case could be persuaded to dismiss this suit on similar grounds.

The Al-Awlaki case may not even get to that point. The plaintiffs’ lawsuit is perhaps most vulnerable on “standing,” or right to sue, grounds, and dismissing the suit on that basis would be the easiest, and least controversial, option for Judge John Bates, who’s hearing the case.

Another hurdle is the government’s argument that the court cannot tell the executive branch whether to apply the law of armed conflict (which might make it easier to kill Al-Awlaki) or constitutional law, and that the court cannot review presidential decisions such as whether to kill an accused terrorist. This directly relates to the argument that bloggers Glenn Greenwald and Andrew Sullivan have been having over the past several weeks over whether we’re “at war” with people like Al-Awlaki. There’s some common ground here. After all, the ACLU/CCR lawsuit is not necessarily arguing that the government doesn’t have the right to kill Al-Awlaki. Here’s CCR’s description of its own suit:

The lawsuit asks a court to rule that using lethal force far from any battlefield and without judicial process is illegal in all but the narrowest circumstances and to prohibit the government from carrying out targeted killings except in compliance with these standards. It also asks the court to order the government to disclose the legal standard it uses to place U.S. citizens on government kill lists.

As that description demonstrates, the rights groups acknowledge that in some circumstances, even far from the battlefield, even without judicial process, the government can still sometimes kill people. The plaintiffs want the courts to play a role in hashing out the rules, and for there to be some oversight and public debate about these issues. Anwar al-Awlaki may well be—in fact, he probably is—the terrorist that the government says he is. But the Obama administration seems absolutely determined to keep the details of its targeting criteria under wraps. (Perhaps, as Marcy Wheeler has suggested, because it targeted him at Yemen’s request.) It may well have a good legal case for killing al-Awlaki. It just doesn’t want to make it. “At a minimum, the government has to make public legal standard under which it’s going to take its citizens lives,” ACLU lawyer Ben Wizner told me a few weeks ago.

The courts really should be able to handle this kind of case. In Israel, a country where targeted killings of suspected terrorists are legal, human rights activists took to the courts to hash out the rules. In 2006, the Supreme Court of Israel upheld the use of targeted killings—but also laid out ground rules for when such assassinations were legal. There’s a big separation of powers issue at stake here. Is this a country where the courts have a say on the most important civil liberties questions of the day? Or is it a country where the executive makes all the decisions and doesn’t have to justify or explain them?