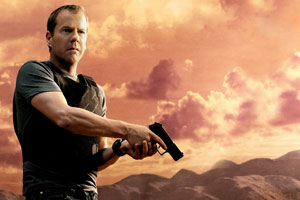 The central facts of the incident that made Ilario Pantano famous are not in dispute. On April 15, 2004, Pantano, a second lieutenant in the Marine Corps, led a small group of Marines to search a suspected insurgent hideout in Mahmudiyah, Iraq, outside of Fallujah. As the patrol neared the house, two men tried to leave in a car. The Marines stopped, searched, and handcuffed the men. A Marine scoured the vehicle, but didn’t find anything incriminating. After other Marines found weapons in the house, Pantano had the men uncuffed and ordered them to search the car themselves. At some point during that search, Pantano felt threatened by the two men. He shot them both—pausing to load a second magazine into his M-16 before emptying that clip too. Then he placed a cardboard sign reading “No Better Friend, No Worse Enemy”—the motto of his Marine battalion—on top of the car. He wanted “to send a message to these Iraqis and others,” he said later.

For a time in 2005, it looked like Pantano might be court-martialed for killing the two Iraqis. One of his subordinates claimed the shooting was unjustified. But the prosecution’s case collapsed in an early hearing, and Pantano was never even tried. The judge in charge of the hearing recommended non-judicial punishment—but Pantano’s commander didn’t agree, and he was never disciplined.

After all, what Republican congressional candidate in his right mind wouldn’t want to be compared to an ass-kicking, name-taking, terrorist-slaying all-American hero?

Cut to today. Pantano, a Republican, is running for Congress in North Carolina’s 7th district, hoping to pick off seven-term incumbent Mike McIntyre, a “blue dog” Democrat. The district votes Republican in presidential elections, and the Cook Political Report recently moved the race from “Solid Democrat” to “Likely Democrat”—meaning Pantano has a chance, especially in what’s shaping up to be a GOP year. Liberal blogs have taken notice of Pantano’s past, seizing on a term coined by the Daily Beast‘s Benjy Sarlin, “Jack Bauer Republican,” to describe the former Marine. Sarlin says he didn’t intend the term as an epithet. Still, it carries a certain negative connotation among liberals who have blasted the TV series 24 (and its hero, Bauer) for glamorizing the use of torture to fight terrorism. So it was only natural that liberal blogs and bloggers, including Daily Kos, Steve Benen, Matt Yglesias, and Crooks and Liars would use the term as an attack. (“Love of violence and brutality is deeply ingrained in the conservative worldview, which I think is what you can see here,” Yglesias wrote.)

But if Pantano hasn’t totally embraced the “Jack Bauer Republican” label, he’s certainly used it to his advantage. Instead of arguing against the charge, Pantano has employed it—and the incident that earned him the nickname—to raise money and energize his base. (Pantano’s campaign didn’t respond to multiple requests for comment.) After all, what Republican congressional candidate in his right mind wouldn’t want to be compared to an ass-kicking, name-taking, terrorist-slaying all-American hero?

Becoming “Jack Bauer for Congress” wasn’t tough for Pantano. He had always played up his military background in campaign ads and public appearances. It’s a great story—a Marine who served in the First Gulf War and went on to make his fortune at Goldman Sachs, only to re-enlist after 9/11. “I’m ready to head to war a third time,” he declares in one YouTube ad, with a naval warship clearly visible in the background. “Except this time, it’s for the soul of our country.” The campaign ads don’t specifically mention the Mahmudiyah incident, but Pantano’s campaign emails to conservative email lists aren’t so subtle. Here’s an excerpt from one that was sent to the “Patriot Update” list, in which he specifically references killing the two Iraqis—and the “Jack Bauer Republican” attacks. The bold text is in the original:

You remember the chaos and violence of the Iraq war in 2004 when American bodies were strung up from a bridge in Fallujah. Well, I was leading a combat operation in the area when I had to kill two terrorists that tried to attack me. I was praised by my commanders and never second guessed my actions. I continued to lead my platoon and never lost a man. But three months later I learned that a man in my platoon whom I had demoted falsely reported the incident. I was accused of premeditated murder and faced a death sentence if found guilty.

After a thorough investigation the truth prevailed and I was cleared of all charges. The truth has not mattered to many on the left though. Liberal blogs have continually attacked my constitutional conservative campaign and me. They have even called me a “Jack Bauer Republican.”

But, given the subject line of the email, which uses the “Jack Bauer” label to describe the candidate, Pantano doesn’t seem all to upset about the comparison to the frequently rogue and chronically rule-breaking character played by Kiefer Sutherland: “Alert: Liberals Latest Attack Target is a Jack Bauer Republican.” In a fundraising pitch to another list, titled “If you want to fix Washington, send a Marine,” Pantano’s campaign again uses bold text to make sure that readers don’t miss the important parts:

I enlisted in the United States Marine Corps at 17. I fought in the first Persian Gulf War and I became a Marine Sniper and trained with militaries around the world. I left the Marines as a sergeant, and went to college and built a career. I was living the American dream. Then September 11th happened.

I immediately re-enlisted with the Marine Corps, graduated from Officer Candidate School, and deployed to Iraq. And it wasn’t long after that I experienced an event that would forever change the way I look at life. During one of the bloodiest phases of the war, I was forced to open fire and kill two insurgents. I received the praise of my commanders, and I never once doubted that I had done the right thing. But a few months later I learned that a man from my platoon, whom I had demoted, falsely reported the incident.

Allen West, the other “Jack Bauer Republican” mentioned in Sarlin’s original story, has gone even farther than Pantano in responding to the label—and trying to turn it to his benefit. (West is running against sophomore Democrat Ron Klein in Florida’s 22nd congressional district. Cook rates the race “Leans Dem”—meaning that the race is even closer than the Pantano-McIntyre match-up.) Last month, West, a retired army lieutenant colonel, released a four minute video bragging about the act that almost earned him criminal charges: the brutal interrogation of an Iraqi police officer whom he suspected was planning an ambush of US troops. During the interrogation, the Iraqi was beaten and West fired a gun next to his head—after which he ‘fessed up to the details of what he said was a pending attack. But the attack attempt never came, and the Iraqi later told the New York Times that he concocted the story because he was afraid for his life. West was reprimanded and fined, and later retired. In the video, though, West is painted as a hero for doing what Jack Bauer often did—breaking the rules in order to roughly interrogate a prisoner he “knew” was lying.

The problem for critics of Pantano and West is that “Jack Bauer Republican” has very different meanings for different people. “It’s a pretty clear badge of honor in conservative circles and a pretty clear insult in liberal circles,” as Sarlin says. Mike Gehrke, a Democratic strategist who ran opposition research for the Democratic National Committee, says the Bauer comparison “might not be the first place I’d go” in a campaign. “You run the danger of being too flip and dulling the impact of what you’re trying to point out about your opponent,” he says. Pantano and West’s actual actions may make them politically vulnerable. But if liberals really want to damage the two men’s chances of winning in November, they might want to try comparing them to someone more villainous. Gehrke suggests “Dick Cheney Republicans.”