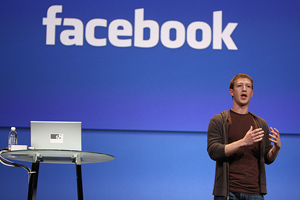 Can you kill an Internet meme, or at least the folks who facilitate it? Pakistan’s going to find out. In a case that pits religious strictures against the wide-open, freewheelin’ cyber-world of social media groups, state authorities are mulling formal charges against Facebook founder Mark Zuckerberg and some of his colleagues for allegedly insulting the Muslim prophet. It’s a charge whose punishment ranges from a small fine to the death penalty.

Thing is, the allegations aren’t about anything Zuckerburg and Co. did; they’re about what Facebook didn’t do–namely, put the kibosh on a springtime Muslim-baiting meme. Back in April, when Comedy Central decided to censor a not-so-flattering rendering of the prophet Muhammad on South Park, the blogosphere lit up in response. A spate of Facebook groups sprouted up to express solidarity with the show’s creators, Matt Stone and Trey Parker, by promoting an “Everybody Draw Mohammed Day” (graphic depictions of Muhammad are verboten according to Islam’s hadith, the traditions and sayings of the prophet).

Of particular interest to angered Pakistani Muslims was a Facebook user identified as “Andy” (apparently a German woman), who launched the “Draw Mohammed” contest ostensibly as a means of “spreading…peace, freedom of speech, and human rights.” However, the group had the opposite effect and triggered an Internet debate over the entire campaign’s propriety. That’s when this speech issue became a legal one. Pakistan recognizes Islamic Sharia law: Penal code 295-C states, “Whoever…by visible representation or by any imputation…defiles the sacred name of the Holy Prophet Muhammad (peace be upon him) shall be punished with death, or imprisonment for life, and shall also be liable to a fine.”

A flurry of Pakistani court rulings in May put Facebook under the microscope. That all came to a head in Punjab province, where authorities filed an application for a “First Information Report,” the initial step in a criminal investigation against Zuckerberg, two other Facebook employees, and “Andy.” If prosecuted and convicted, Zuckerberg and the others will become wanted felons in Pakistan, though it’s unlikely they’d be extradited.

The fallout doesn’t end there. YouTube received a similar ban the day after Facebook’s, “in view of growing sacrilegious contents.” A draft of new censorship guidelines issued by the Pakastani government proposes the creation of “an effective mechanism to continuously monitor and control the objectionable/obnoxious content over internet [sic] in Pakistan.” And the country’s UN representative has requested that the issue be brought to the General Assembly for Facebook and YouTube’s alleged violation of international communication standards.

Another hearing is scheduled for July 12th. In the meantime, Zuckerberg will most likely not be making any trips to Pakistan; he may need to save up to pay that fine, after all.