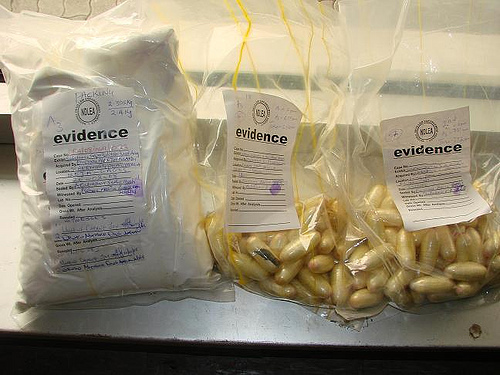 Drug trafficking Mexican cartels continue to spread like weeds throughout the US, funneling drugs through American cities and pocketing massive profits. In the National Drug Intelligence Center’s annual “Threat Assessment” report for 2008, the agency found that Mexican drug traffickers had distribution networks in at least 230 American cities, an expansive operation generating billions of dollars a year.

Today, the NDIC, which is part of the Justice Department, released its 2010 “Drug Threat” report. Again, the NDIC highlighted the rise of Mexican drug trafficking organizations (DTOs) in the US: “Mexican DTOs are more deeply entrenched in drug trafficking activities in the United States than any other DTOs.” What the 2010 report doesn’t include, however, is the latest tally of American cities now fostering Mexican drugrunners and dealers. The 2010 report says only that they’re “active in more cities throughout the country than any other DTOs.”

So why the omission? Is the DOJ reluctant to include the figure because the number is so large, the power of Mexican cartels so far reaching? An official with the National Drug Intelligence Center said the report didn’t include a hard figure because the agency was “in the throes of reanalyzing” its data, and wouldn’t have a new figure for another month or so. The official did add that the NDIC predicts that 230 figure has increased from 2008. You can read into the DOJ’s lack of new data however you’d like, but be prepared for some startling statistics when the department does release its new tally of cities caught in the Mexican cartels’ web.