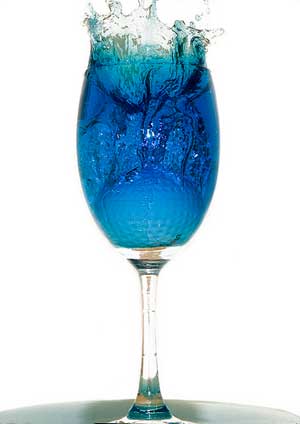 Indiana Republican Rep. Steve Buyer formed the Frontier Foundation in 2003 to provide scholarships to students in his state—and since then his charity has raised an impressive $880,000 in corporate donations. Unfortunately, none of that money has found its way to needy undergrads. It has, however, paid for a lot of Buyer’s swanky golf junkets. Speaking recently with CBS Evening News about his foundation, the nine-term congressman—a graduate of the Citadel with a degree in business administration and Frontier’s “honorary chairman”—suggested that he “was so focused on making sure that we were legal, that I probably didn’t pay as close attention as I should have on, quote, appearances.”

And the appearances aren’t pretty. After a thorough review of Frontier’s tax filings, the government accountability organization Citizens for Responsibility and Ethics in Washington has recommended that the Internal Revenue Service (IRS) and the Office of Congressional Ethics (OCE) investigate Buyer and what they refer to as his “so-called charity.” CREW alleges Buyer has used Frontier “to foot golf fundraisers at exclusive resorts where he hobnobs with corporate donors—who also contribute to his campaign committee and leadership [political action committee].” In 2008, the most recent year for which tax returns were available, the foundation wrote off over $25,000 in expenses for “meals” and “travel for fund-raising.” These fundraising outings got the golf-loving Republican onto the links at Disney World, the Atlantis resort in the Bahamas, and the Phoenix-area Boulders resort.

Most of the $10,500 in donations that the foundation has made in its seven-year history went not to college scholarships but to the National Rifle Association and “a charity run by a pharmaceutical company lobbyist.” And Buyer’s family benefited too: both his son and daughter were paid to serve as directors at the charity, which until recently shared its headquarters with the congressman’s campaign office. “It is hard to imagine something more callous than playing golf on the backs of poor students—at least one of whom surely could have gone to college on the money Frontier spent on Rep. Buyer’s golf trips,” CREW’s director, Melanie Sloan, said in a statement.

And who were the lobbyists that Buyer was courting? According to analysis by the Center for Responsive Politics, the pharmaceutical industry—which is regulated by the Energy and Commerce Health Subcommittee, of which Buyer is a member—has been the congressman’s second largest campaign contributor. Only health professionals like doctors have contributed more over the course of Buyer’s political career. Buyer’s son was also hired directly out of college to lobby for the Pharmaceutical Research and Manufacturing Association.

Details of the foundation’s activities were unearthed by Indiana’s Lafayette Journal and Constitution in October 2009—too late for Buyer to merit inclusion on CREW’s annual list of the most corrupt lawmakers. Sloan told me that she is confident that IRS will take CREW’s allegations seriously. But she has less faith that Buyer’s colleagues on the OCE will hold him accountable. “I don’t think Ethics will examine in depth if Buyer misused his seat on Energy and Commerce,” she said.

Nor does there seem to be much in the way of public pressure on Buyer to step down. The day before CREW filed its complaints—and nearly three months since the congressman’s phony foundation scandal first broke in Indiana—the Swing State Project published its latest 2010 election forecast for the fourth district of Indiana, which Buyer represents. Prediction: safe GOP hold.