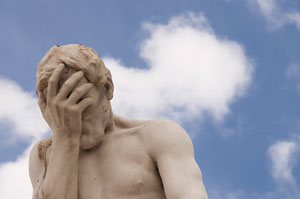 Flickr/cesarastudillo (Creative Commons).RedState’s Erick Erickson has been doing a lot of lying about Erroll Southers, the Obama administration’s nominee to head the Transportation Security Administration. Erickson is trying to suggest that Southers said anti-abortion activists and Christians in general are a major terrorist threat to the US—bigger than Al Qaeda. As you can probably guess, none of that is true. The trigger for all this lying is this statement by Southers, who was responding to the question “Which home-grown terrorist groups pose the greatest danger to the US?”:

Most of the domestic groups that we have to pay attention to here are white supremacist groups. They’re anti-government and in most cases anti-abortion. They are usually survivalist type in nature, identity orientated. If you recall, Buford Furrow came to Los Angeles in, I believe it was 1999. When he went to three different Jewish institutions, museums, and then wound up shooting people at a children’s community center, then shooting a fellow penal postal worker later on. Matthew Hale who’s the Pontifex Maximus of the World Church of the Creator out of Illinois and Ben Smith who went on a shooting spree in three different cities where he killed a number of African Americans and Jews and Asians that day. Those groups are groups that claim to be extremely anti-government and Christian Identity oriented.

Erickson—and Andrew Breitbart’s breitbart.tv, which also picked up the “story”—either don’t know or are pretending not to know what “Christian Identity-oriented” means. Mother Jones‘ own James Ridgeway knows. So does my friend Matt Gertz at Media Matters, who enlightens the unenlightened:

According to the Anti-Defamation League, “Christian Identity is a religious ideology popular in extreme right-wing circles. Adherents believe that whites of European descent can be traced back to the ‘Lost Tribes of Israel.’ Many consider Jews to be the Satanic offspring of Eve and the Serpent, while non-whites are “mud peoples” created before Adam and Eve. Its virulent racist and anti-Semitic beliefs are usually accompanied by extreme anti-government sentiments.”

I really hope that the mainstream media isn’t dumb enough to make this mistake.