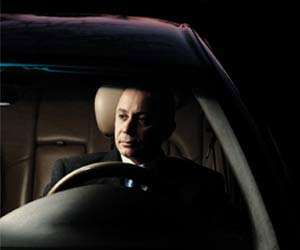 Donald Rochon is back in the news. The former FBI agent settled an historic discrimination case against the bureau in 1990. Rochon, who is African-American, alleged repeated instances of harrassment by his white colleagues in the FBI’s field offices in Omaha and Chicago. For example, there was the time his fellow agents taped a picture of a monkey over a framed family photo on Rochon’s desk. And after Rochon learned to scuba dive, his fellow agents had great fun doctoring a photo depicting him swimming through a garbage dump. The discrimination was as clear-cut as it was offensive. Included in the out-of-court settlement was the promise that upon reaching retirement age, Rochon would receive his full FBI pension. This apparently did not happen, which is why Rochon is again locked in a legal battle with the bureau.

But as bad as things were for Rochon, FBI spokesman John Miller told reporters this week that the bureau has come a long way in twenty years. It now has systems in place through which aggrieved employees can file discrimination complaints to internal investigators. Maybe so, but that doesn’t mean the problem is solved. Just ask Bassem Youssef. The bureau’s highest-ranking Arabic-speaking agent, Youssef was a star undercover operator who penetrated Al Qaeda years before 9/11. But after the attacks on New York and Washington, he was sidelined to a desk job. Why? Youssef claims it’s because of his Egyptian ethnicity. As far as the FBI may have come in the last few decades, it still has a long way to go. Youssef’s struggles with the bureau are a sad reminder that the FBI’s good-ole-boy culture is in need of a serious overhaul, just as it was twenty years ago.

For more, read my profile of Bassem Youssef, which was published in the May/June 2009 issue of Mother Jones.