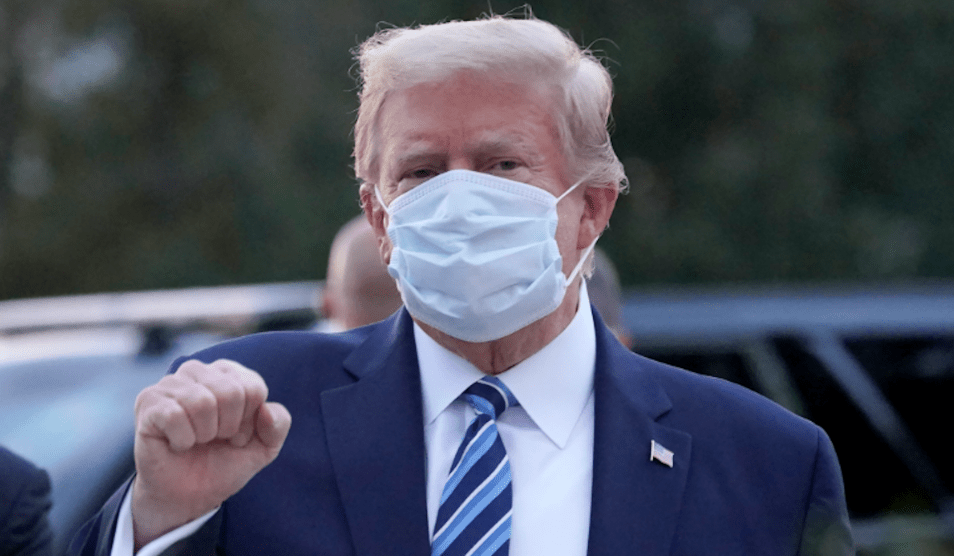 President Trump’s first on-air interview since testing positive for the coronavirus will include a televised “medical evaluation” performed by a Fox News contributor who has repeatedly spread misinformation about COVID-19. The stunt, which will be aired on “Tucker Carlson Tonight” Friday, follows Trump’s insistence that he’s safe to resume public events despite having been admitted to Walter Reed Medical Center, where he received a serious treatment for the coronavirus, one a week ago.

But as experts warn that it’s nearly impossible to know if Trump is still contagious with the deadly disease so soon after contracting it, the president is now apparently relying on Dr. Marc Siegel, the author of the forthcoming COVID: the Politics of Fear and the Power of Science, to impart a false show of medical professionalism in order to back his demands to get back on the campaign trail. As I wrote in March, Siegel was one of three supposed experts that appeared alongside the president for a misinformation-filled Fox News town hall on the coronavirus. (Talk show doctor Mehmet Oz and Dr. Nicole Saphier, also frequent guests on the network, were included.) Since the start of the pandemic, all three have pushed medical advice contradicting public health officials and the Centers for Disease Control and Prevention.

“They are a bunch of alarmists, they are saber rattlers,” Siegel had said during a Fox News appearance on March 6. “There’s no reason to believe it’s actually more problematic or deadly than influenza.” In between promoting hydroxychloroquine, praising the president’s abysmal response to the virus, and downplaying Trump’s diagnosis, Siegel also interviewed Trump in July when the president bragged about performing well on his cognitive assessment. “You go, ‘person, woman, man, camera, TV,'” Trump told Siegel in a moment that was widely ridiculed. “They say, ‘That’s amazing. How did you do that?'”

The on-air evaluation on Friday will come amid overwhelming skepticism over Trump’s condition, after his doctor, Dr. Sean Conley, admitted to lying about the president’s condition in order to publicly reflect an upbeat attitude. Conley on Thursday declared Trump safe to return to public engagements starting Saturday, the same day Trump wants to hold a rally in Florida.