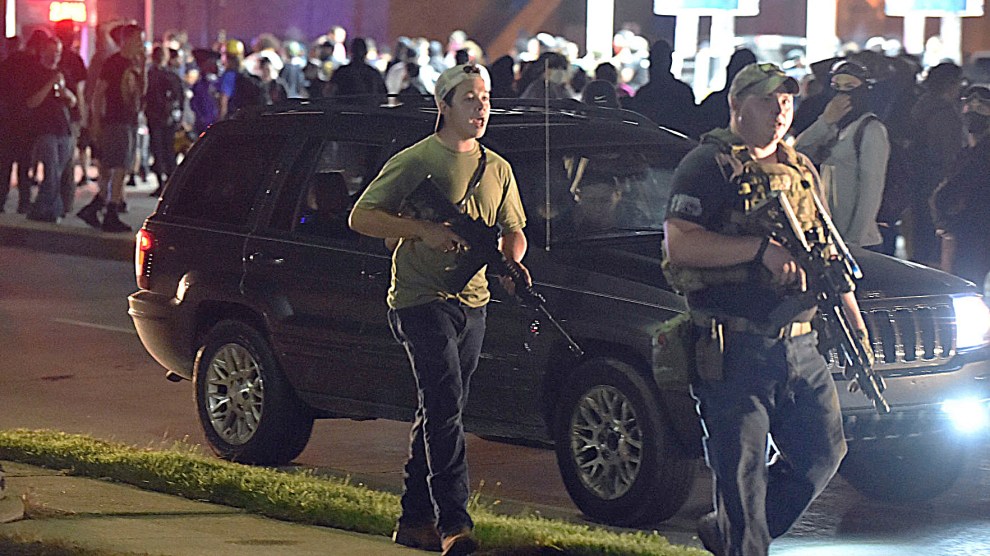 On Friday, Cynthia Green stood outside a grassy field at a folding table, selling french fries, corn fritters, and rib sandwiches to try and raise enough money to bury her 18-year-old son, who had been shot dead by a sheriff’s deputy in Cocoa, Florida, one week earlier.

Green couldn’t afford the funeral costs on her own. And that’s not unusual: Families often struggle to gather enough money for expenses after police shootings. Many state governments offer financial assistance to the victims of violent crimes, but victims of police violence don’t qualify.

Green’s son, Sincere Pierce, left their home in Cocoa around 10:30 a.m. on November 13, and got into a car with some friends. Green, who is Pierce’s great-aunt and legal guardian, was leaving the house at the same time, and noticed a couple of sheriff’s deputies drive by. She got into her car and started following the deputies, afraid they might harass her son and his friends.

A few minutes later, she watched as her son’s car pulled into a driveway of a residential house. The deputies got out of their cruisers and ordered the driver to stop, according to dash-cam video. But he backed out of the parking space and started driving toward one of them, the officers say. “Please, don’t shoot! Please, don’t shoot! My baby’s in that car!” Green recalled screaming, according to a New York Times report. Deputy Jafet Santiago-Miranda fired his gun multiple times, killing Pierce and 16-year-old Angelo Crooms. Green says that from where she stood, their car did not appear to be heading toward the officer.

The deputies later claimed they wanted to pull the driver over because they suspected the car was stolen. But a lawyer for Green argues it was not stolen—it belonged to Crooms’ girlfriend. Police say two firearms were later recovered from the vehicle.

Green is now trying to raise $50,000 for her son’s burial expenses. By Sunday evening, she had gotten about $38,000 through GoFundMe. In other states, families who lost loved ones during police shootings have tried similar strategies. Michelle and Ashley Monterrosa, whose brother Sean, 22, was shot in June by an officer in Vallejo, California, recently told me they also used the fundraising website to pay for his funeral. But there were other financial problems. The sisters said their mom was exhausted after her son’s death but could only take a few days off work to grieve, because of the pressure to keep paying bills. One of the sisters’ high school teachers was trying to crowd-source funds from the community to help cover therapy costs.

The same day Green was selling corn fritters to pay for her son’s burial, Kyle Rittenhouse, 17, finished amassing $2 million in donations. It was enough to post bond so he could leave custody ahead of his trial, where he faces homicide charges for shooting three people who attended a protest against police brutality in Kenosha, Wisconsin, in August. Rittenhouse says he fired his weapon in self-defense, and that he went to the protest not to participate, but to prevent people from looting stores.

Rittenhouse was fortunate to get out of detention. Around the country, people regularly get stuck in jail for months before their trials because they can’t afford bail, and disproportionately these are people of color. Rittenhouse, who is white, posted bond with help from his attorneys, who created a group called the #FightBack Foundation to raise funds for him. His attorneys have used their Twitter accounts to call for donations while they promote conservative causes and show their support for President Donald Trump. “President Trump won reelection by a landslide. Biden cheated,” tweeted Rittenhouse’s attorney Lin Wood, who filed a lawsuit in Georgia seeking to block election officials from certifying Biden’s win in the state.

In another tweet on Friday, Wood thanked actor Ricky Schroder and a Minnesota businessman allied with Trump for contributing to Rittenhouse’s fundraiser and “putting us over the top.” Rittenhouse’s case has become a cause célèbre among the right wing. Last weekend, people at a pro-Trump demonstration in Washington chanted together, “break out Kyle!” On Saturday, a state lawmaker in Florida, Rep. Anthony Sabatini, tweeted, “KYLE RITTENHOUSE FOR CONGRESS.”

Two other organizations—one that supports gun rights and another that supports militias—gave $100,000 total to Rittenhouse’s mom, Wendy Rittenhouse, according to the Chicago Tribune, which cited another attorney, John Pierce, who has worked on the teen’s case. She is using the money to pay her bills while she takes time off from working.

In California, Sean Monterrosa’s mom might have benefited from the same break to process her son’s death, but she had to keep showing up to work seven days a week. Her family lives in a one-bedroom home in San Francisco; Sean, a carpenter, had contributed a sizeable portion of their income. I talked to Sean’s sister Michelle in August. “It hits her hardest when she gets home at 4 p.m.—that’s when I see her cry every day,” she said of her mom, who works as a caregiver for an elderly woman. “That’s around the time when Sean would come home from his job.”